David Hammons often uses simple juxtapositions to elicit complex and even contradictory meanings. Untitled (dung) (1983–85), a lump of elephant dung festooned with bright pigment, decorative pins, and the motif of an African elephant, poses the abjection of feces against an idiom of black cultural heritage. By binding these powerful symbols, Hammons provokes interpretations on two registers: a critique of artistic value and an expression of black identity.

Hammons’s use of feces suggests a deliberate rebuke to the value we place on art. “As an artist I’m not aligned with the collectors or the dealers or the museums,” Hammons told Maurice Berger. “I see them all as frauds”.1 In other sculptures made from animal ribs and fried chicken Hammons let his materials stain and putrefy, undermining the cleanliness of spaces reserved for art. For an installation in Paris, the artist simply said that it would rain on the day of the event and the artwork would be a double rainbow (it did not rain that day). Untitled’s coarse feculence is consistent with this reputation for irreverence, and the figure of an elephant surrounded by loud colors suggests the “circus” of the art world.

Hammons, however, also treats his humble dropping with unusual devotion. In few other works does he so attentively compose a picture. With Untitled, the artist reassesses the cast-adrift, following a tradition that can be traced from the found object assemblages of black artists in the 1960s and 1970s to the wood and metal accumulations of black southern folk artists. The sculpture’s three-pronged pedestal (made of peanuts) imparts the aura of a relic or an artifact, and the figure of the elephant—a symbol of strength, wisdom, and eternity in many cultures throughout South and West Africa—imbues the piece with further spiritual resonance. Hammons’s simple juxtaposition enables Untitled to swing between extremes, at once deflating the lofty status of art and dignifying lowly excrement.

The African references in Untitled offer their own double meaning: Hammons responds both to a demand among white audiences for art by black practitioners and to a demand within the black community for an art that reflects their own experiences.

By the early 1980s Hammons had become an established artist. The success of his body prints from the 1960s and 1970s—made by coating his face and torso in grease, pressing against a sheet of paper, and registering the contact with pigment dust—made Hammons a luminary of the emerging Black Arts Movement. The institutions and collectors that had previously ignored artists of color were now pursuing a multicultural agenda, and Hammons’s work was in high demand. Untitled satirizes the expectations of this new white audience for art by African Americans: colorful, handcrafted, and made out of dirty things. The artist presents his conceptual sculpture as Afro-kitsch, caricaturing the way that white collectors sterilized black art and African artifacts as home décor.

The same characteristics, however, can be read as a critique of black Americans’ call for an African American aesthetic. Beginning in the 1960s, black artists sought to define an art that would serve their own community. Much of this art focused on a black “authenticity” drawing from African visual culture. For Hammons, the demand for a black aesthetic was restrictive. “Whether we want a relationship with Africa or not,” wrote Hammons, “we are forced into a romantic relationship with it”.2 He wanted to express the hardships of black life, and this new aesthetic regime offered little room for his method of self-parody and the exploration of painful realities. In Untitled Hammons grafts the African American aesthetic to feces from a genuine African elephant, using the language of black authenticity against itself. The sculpture suggests that for black Americans, ties to African culture had been ground down by generations of oppression. What was left was only the residue of an African consciousness.

For Hammons, living in a country full of duplicity and double standards, contradictions best expressed the quandaries of black life. Untitled (dung) poses multiple. The sculpture rejects the value of art at the same that it relies on this value. It enacts the expectations of a white audience at the same time as it undermines them. It expresses a black identity while also confronting it. In this piece Hammons performs his characteristic alchemy of signification, spinning a single dropping into myriad and conflicting implications. 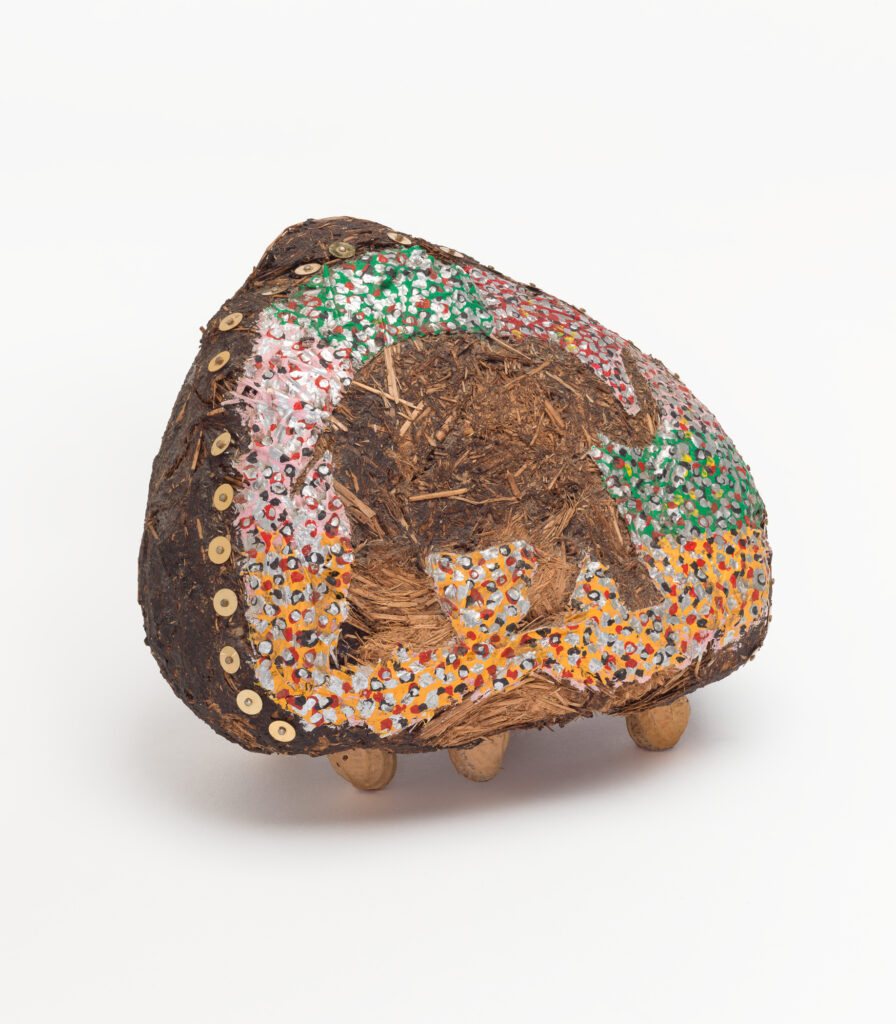 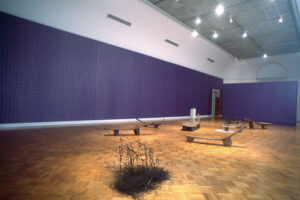 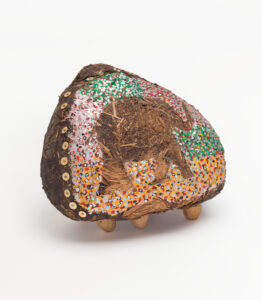 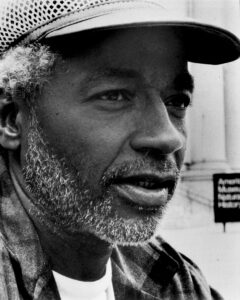