Rauschenberg took this snapshot of Collection while it was installed at Charles Egan Gallery, New York, as part of the exhibition Bob Rauschenberg (December 1954–January 1955). The Egan show marked the first time Collection was on public view. After the exhibition closed, Rauschenberg made major alterations to the work’s surface, adding layers of fabric and swipes of paint across the upper regions of all three panels. This photo is the only existing image of Collection in its first state. The back of the photo includes the following notations, from top to bottom: Rauschenberg’s initials; the work’s title, creation date (’53–54), and measurements; the Leo Castelli Gallery inventory number (LC-B); and the artist’s studio inventory number (54.1). (The creation date 1953–54 was assigned to the work in the 1960s and has since been revised to reflect current research.) 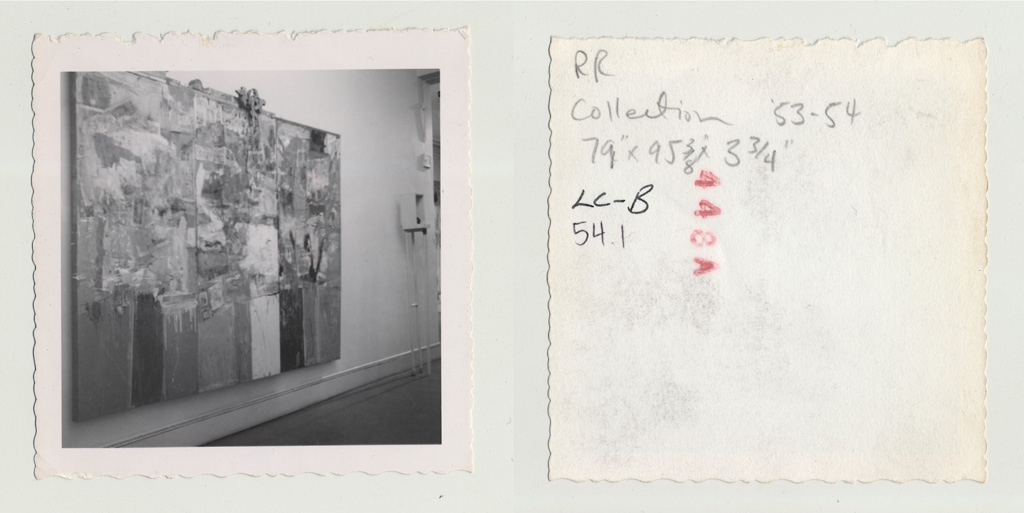