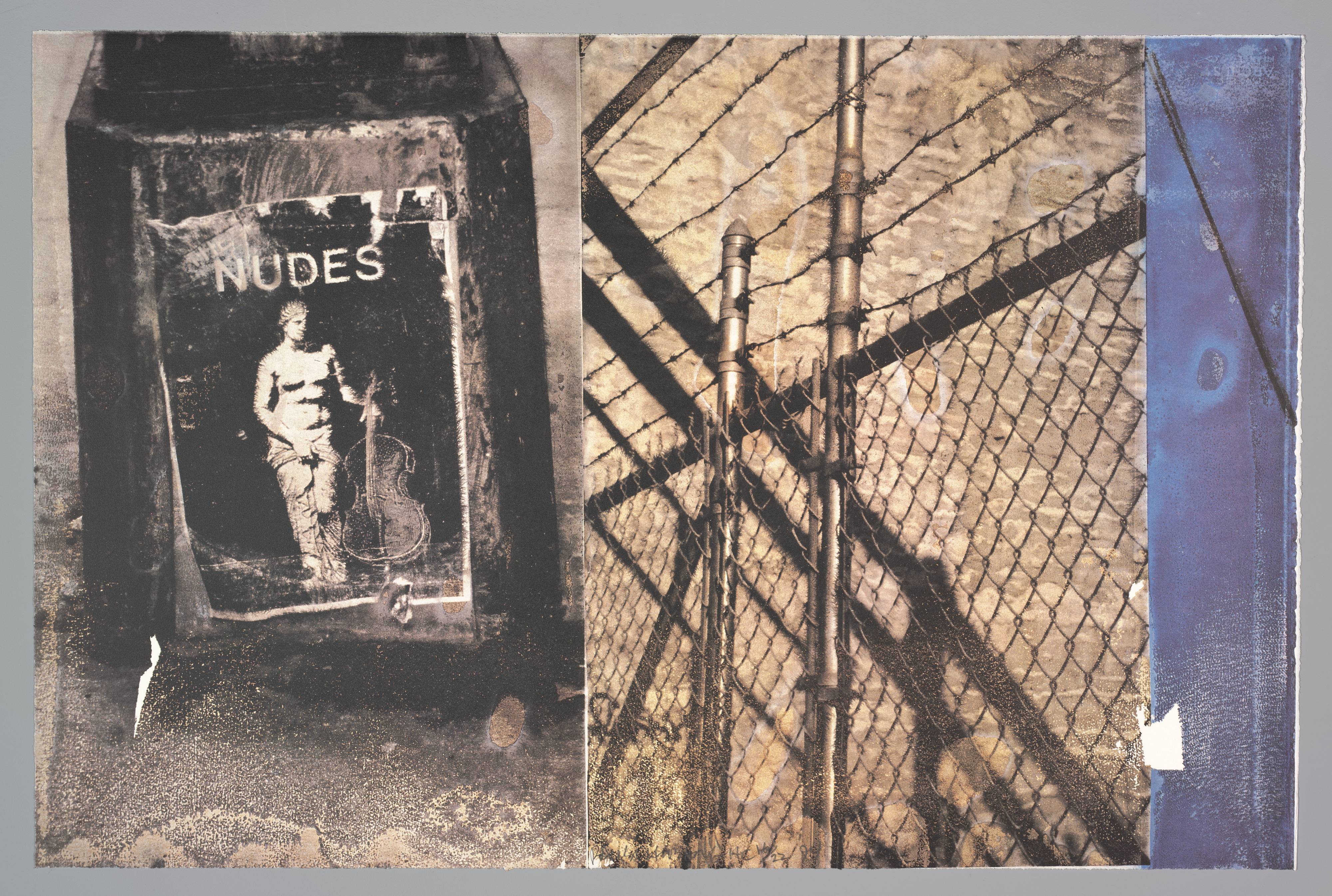 Each print is divided into two or three segments loosely joined in a collaged structure that allows for the combination of unexpected visual elements. In most cases, the imagery bears only a passing connection to the work’s celebrated subjects. Nature (Jacques Cousteau), for example, features an image of a falcon in profile atop a close-up photograph of what appears to be grain but also suggests feathers or other organic material. The two slightly overlapping images, both produced at nearly full bleed, share a rich brown-gray palette. Aspects of the images collapse into one another, underscoring the sense of permeability that is further emphasized by the smooth, almost burnished quality of the print. Other prints more explicitly allude to their respective individuals and themes. Space (Carl Sagan) features an astronaut hovering within an interplanetary landscape, while Human Rights frankly signals Nelson Mandela’s apartheid-era imprisonment with a foreboding chainlink fence. The names and themes referenced in Tribute 21 conjure an expansive world view, each pairing clearly shaped by Rauschenberg’s broad, populist vision of an interconnected world best influenced through the power of art. 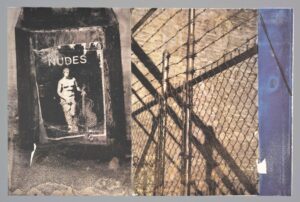 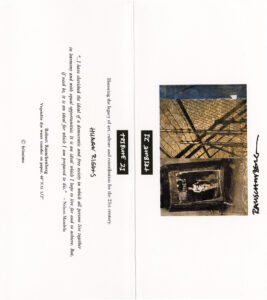