Two individuals are honored in Dance (Tribute 21): Jacques d’Amboise (b. 1934) and Trisha Brown (b. 1936). In 1976, while he was a principal dancer at the New York City Ballet, d’Amboise founded the National Dance Institute to provide New York City school children with free dance training. D’Amboise’s quote reads: “When a youngster learns how to dance, he learns he can control his life.” Dancer and choreographer Brown founded her dance company in 1970, and became a lifelong friend of Rauschenberg’s. The artist collaborated with Brown on many of her best-known works, designing sets and costumes for Glacial Decoy (1979), Set and Reset (1983), and Astral Convertible (1989). Brown’s philosophy echoes Rauschenberg’s own approach to his work. As she explained: “I resolve things in performance, to have that open-endedness, that possibility for brilliance . . .” 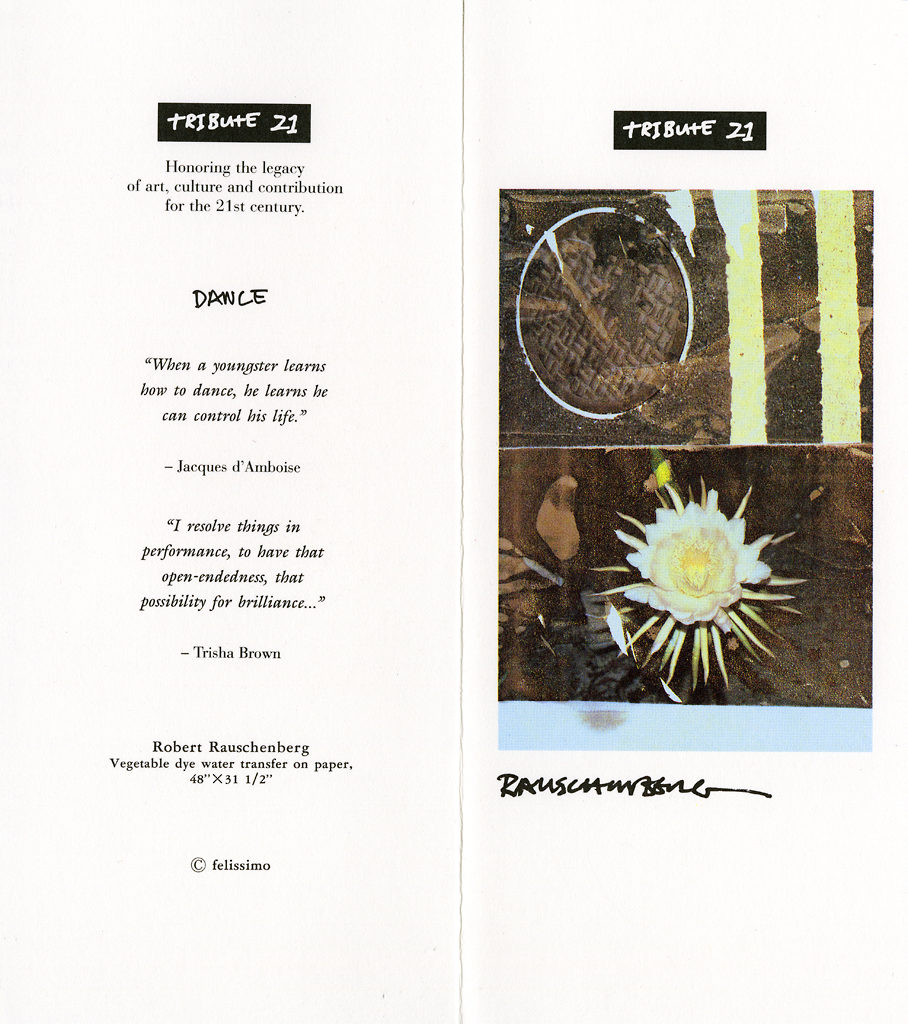