The brochure for Cinema (Tribute 21) recognizes Steven Spielberg’s (b. 1946) work as a film director, screenwriter, and producer. Spielberg noted: “To reach out beyond the movie theatre, to make a movie that lasts a little bit longer, is probably the greatest thrill of all for a movie maker.” Cinema (Tribute 21) was produced a year after the release of Schindler’s List, a film about the Holocaust for which Spielberg won his first Academy Award for Best Director (the film also won Best Picture). In 1997, the American Film Institute placed the film on its list of the 10 Greatest Movies of All Time. 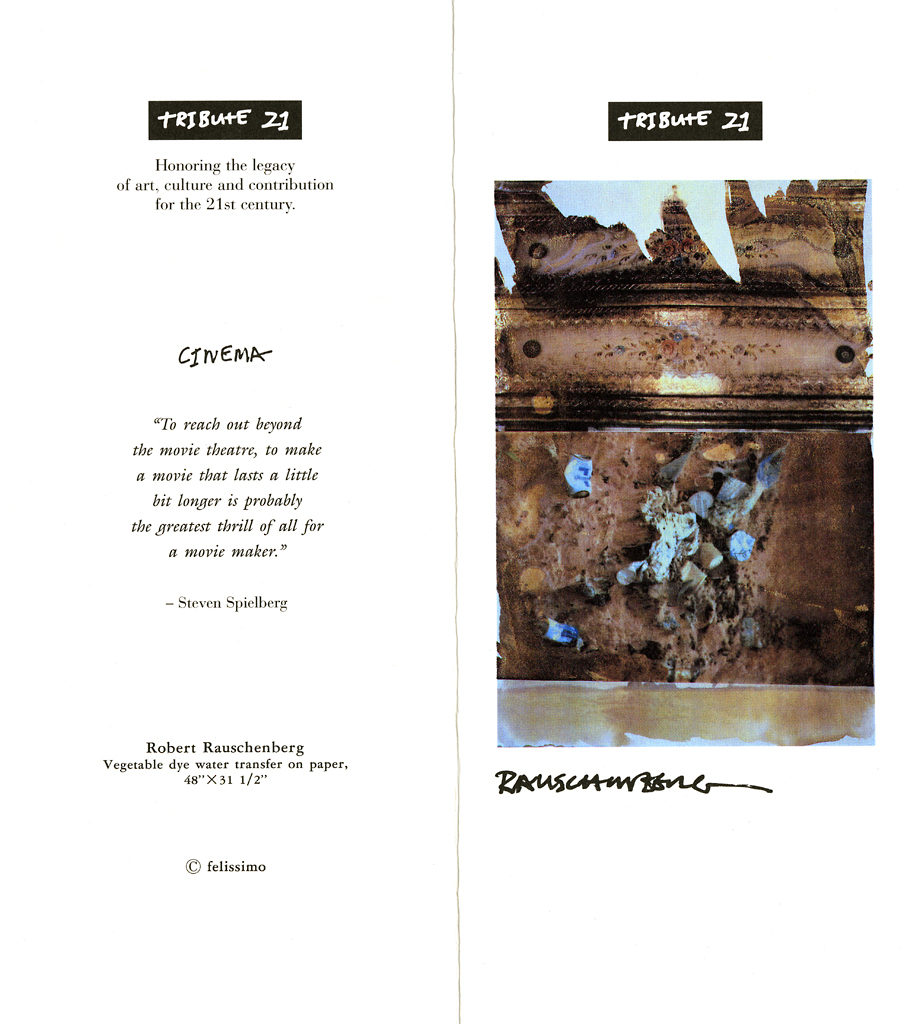