Two of the Untitled (Pyramid Series) drawings appeared in the retrospective Robert Rauschenberg, an exhibition organized by curator Walter Hopps for the National Collection of Fine Arts in 1976. This installation view was taken during the presentation at the Museum of Modern Art, New York (March 25–May 17, 1977). The drawings can been seen on the right wall, displayed in thin Plexiglas boxes with slits at the bottom that allowed the cloth to hang freely. The Untitled (Pyramid Series) drawings are surrounded by works from Rauschenberg’s Cardboards (1971–72) and Early Egyptians series (1973–74), which also were made from humble found materials during the artist’s early years on Captiva Island, Florida. 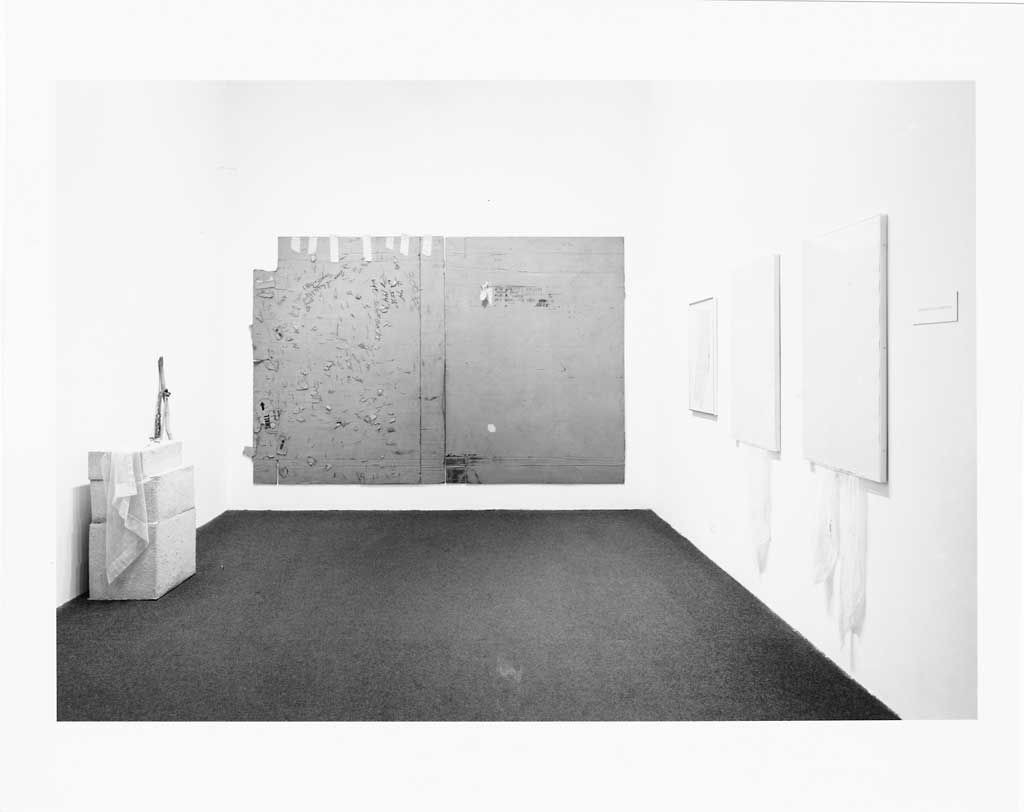