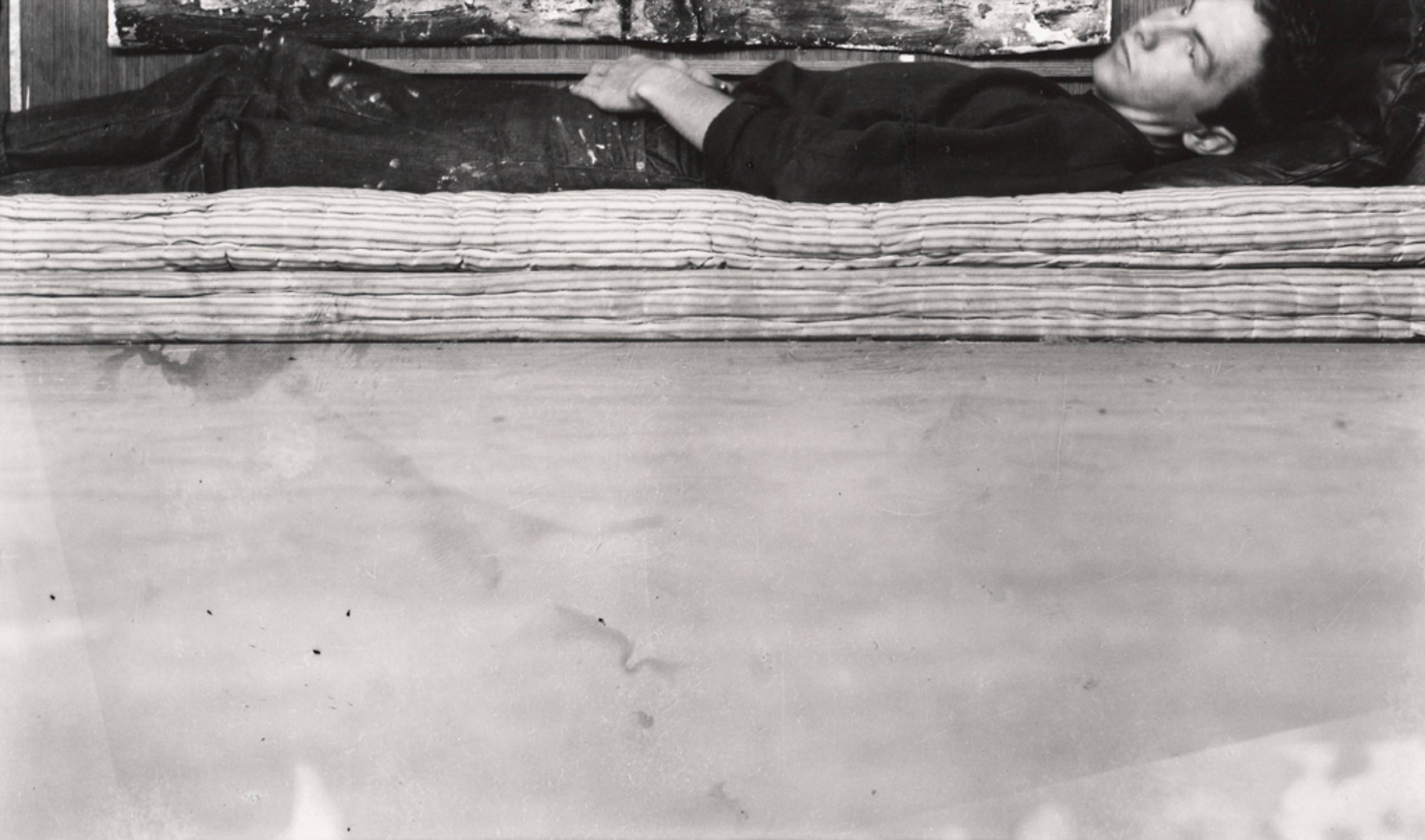 In this carefully staged photograph of the artist lying beneath one of his own canvases, the majority of the composition is devoted to the unswept studio floor, inverting the usual relationship between horizon and foreground. As Postcard Self-Portrait, Black Mountain (II) (1952) attests, Robert Rauschenberg became deeply engaged with mid-century experimental and abstract photography while studying at Black Mountain College in North Carolina between 1948 and 1952. His early explorations of the medium were influenced in part by figures such as Hazel Larsen Archer (1921–2001), who taught at the school from 1949 to 1953, and Aaron Siskind (1903–1991) and Harry Callahan (1912–1999), who were summer faculty there in 1951.

A bold mixture of double exposures, experiments with extreme light and shadow, abstraction, and the use of blueprint paper to generate photographs without a camera, Rauschenberg’s earliest experimental photographs often doubled as portraits of his closest companions and interlocutors, including fellow artists such as his then wife Susan Weil (b. 1930), Cy Twombly (1928–2011), and dancer and choreographer Merce Cunningham (1919–2009). Self-portraits were also a recurring subject. Postcard Self-Portrait, Black Mountain (I), taken the same year as its counterpart, features Rauschenberg seated in a wooden chair, hands folded, with ghostly images of chairs and weeds washing over his body.

Much like that poetic multiple exposure, Postcard Self-Portrait, Black Mountain (II) explores the fleeting presence of the artist’s body within the setting of the photographic frame. Rauschenberg is compressed between an abstract painting, a set of striped mattresses, and the vast expanse of his studio floor, and his slightly blurred face and knee suggest that he triggered a timer and then raced back for the exposure, nearly missing his own portrait in the process. Awkwardly squashed between his bedding and the upper edge of the print, the artist has carefully flattened himself, allowing us to see the bottom few inches of a large painting on the rear wall, hung just above the floor. The canvas in question is one of his Black paintings, a group of works with which Rauschenberg was deeply involved when this photograph was taken. By setting his camera at an extremely low point, perhaps on the floor, Rauschenberg created a dramatically angled view in which he appears wedged into the wall of his studio, his body geologically layered between his artwork and his creative space.

San Francisco Museum of Modern Art, purchase through a gift of Phyllis Wattis, 1998

In addition to appearing in the special exhibitions listed above, Postcard Self-Portrait, Black Mountain (II) was shown in SFMOMA’s galleries in 2002 and 2009 as part of a series of rotating presentations of the permanent collection.

Note: This photograph was inscribed in the 1980s. Inscription date does not conform to recent research conducted by the Robert Rauschenberg Foundation, which confirms a date of 1952. 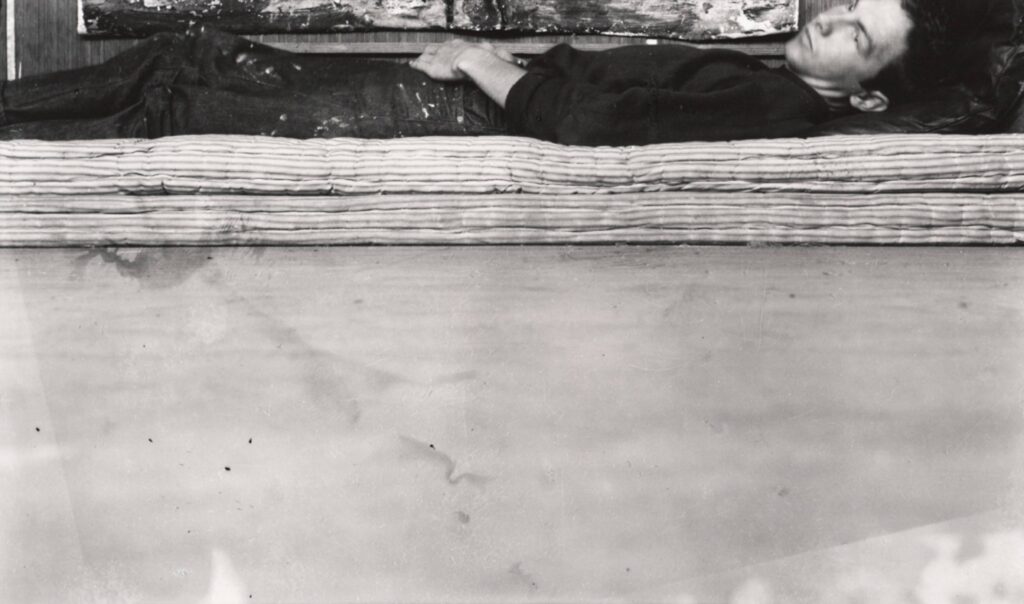 Although it is unassuming, particularly within the context of Robert Rauschenberg’s vast and ambitious oeuvre, Postcard Self-Portrait, Black Mountain (II) of 1952 is among the most evidently carefully staged works of the artist’s career. In it, an expanse of floor taking up more than half the image is topped by two thin, striped mattresses on which Rauschenberg lies in dark clothing, his head on an equally dark pillow, body tightly squeezed into the upper portions of the frame. 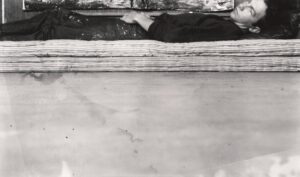 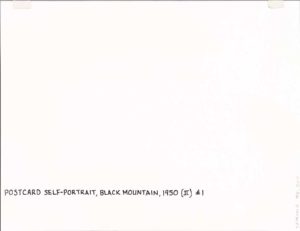 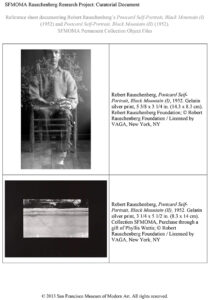