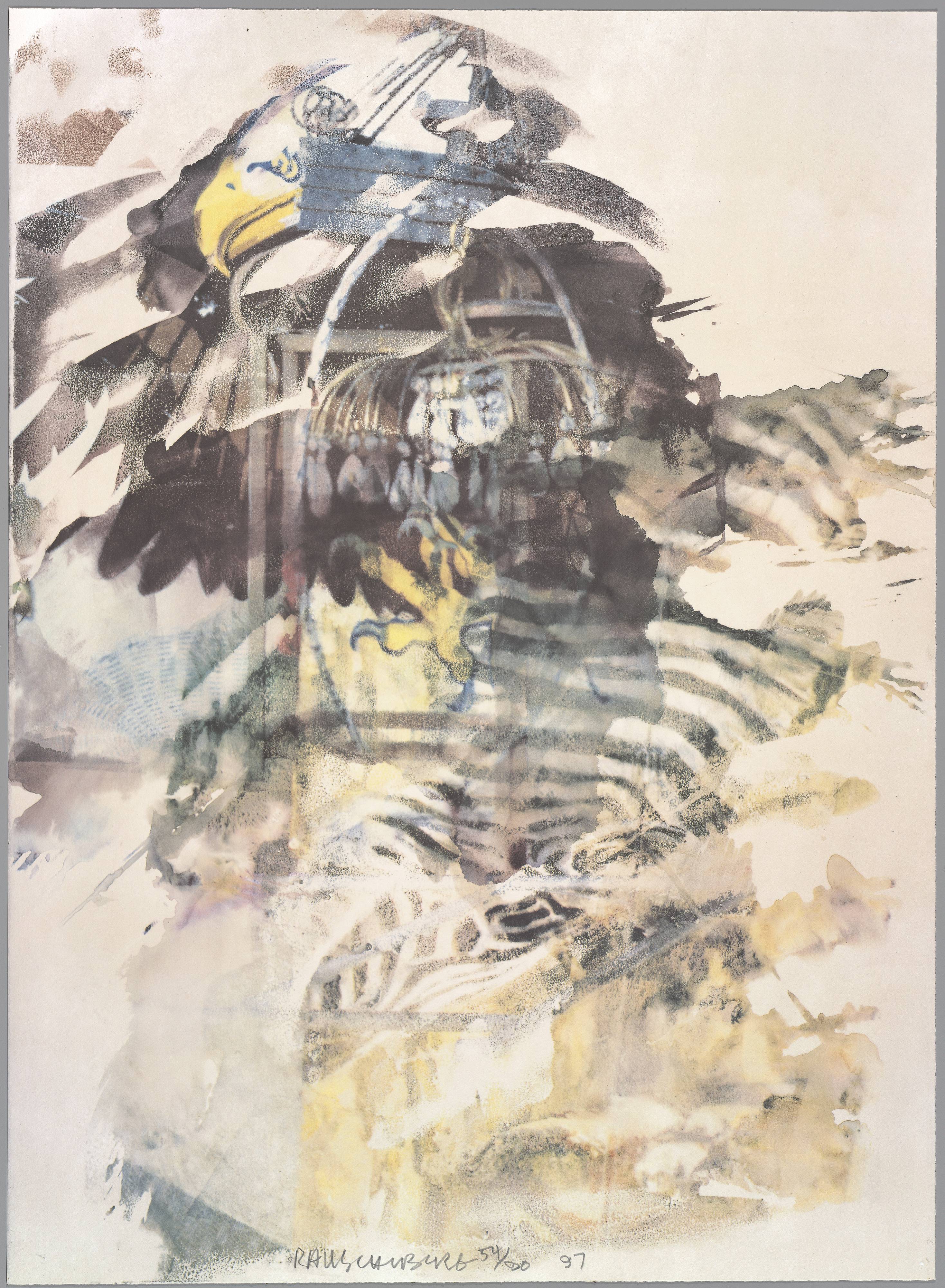 Robert Rauschenberg created Caucus (1997) in tribute to the iconic New York art dealer Leo Castelli (1907–1999), who played a pivotal role in postwar American art’s rise to international dominance. The lithograph was one of nine prints commissioned by Castelli’s son, Jean-Christophe, for a portfolio issued in honor of the gallerist’s ninetieth birthday. Castelli had included Rauschenberg in Today’s Self-Styled School of New York (commonly known as the “Ninth Street Show”), a seminal exhibition in the development of Abstract Expressionism that he organized with painter Jack Tworkov (1900–1982) in 1951. After opening his Leo Castelli Gallery in 1957, Castelli fervently promoted Rauschenberg’s work and was instrumental in raising his profile in the New York art scene and beyond.

The Leo Castelli 90th Birthday Portfolio was issued in an edition of ninety, one for each year of Castelli’s life. In addition to Caucus, the portfolio contains prints by Jasper Johns (b. 1930), Ellsworth Kelly (1933–2015), Joseph Kosuth (b. 1945), Roy Lichtenstein (1923–1997), Bruce Nauman (b. 1941), James Rosenquist (b. 1933), Ed Ruscha (b. 1937), and Richard Serra (b. 1938), all of whom were represented by Castelli at various times throughout their careers. Each artist approached the tribute in a different manner: Ruscha printed a photograph of himself with Castelli; Johns featured the astrological constellation Leo; Rauschenberg used a bald eagle to reference Castelli’s role as a champion of American art. Although the word caucushas a political meaning, its secondary definition—a group of people united to promote an agreed-upon cause—is more likely the reference intended by the title. With Caucus, Rauschenberg pays homage to Castelli’s decisive role at the center of the group of artists, art dealers, and critics who together tipped the balance of power and prestige in the art world from Europe to America in the 1960s.

San Francisco Museum of Modern Art, gift of Jean-Christophe Castelli and tribute from Robert Rauschenberg in honor of Leo Castelli, 1999

This work has not been published. This listing has been reviewed and is complete as of August 31, 2016.

Recto: Lower edge, signature with inscription in pencil in the artist’s hand: “RAUSCHENBERG 59/90 97” 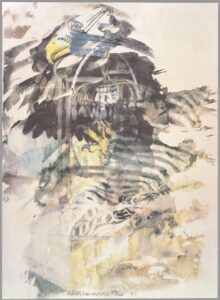 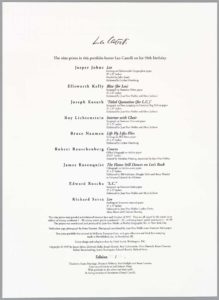