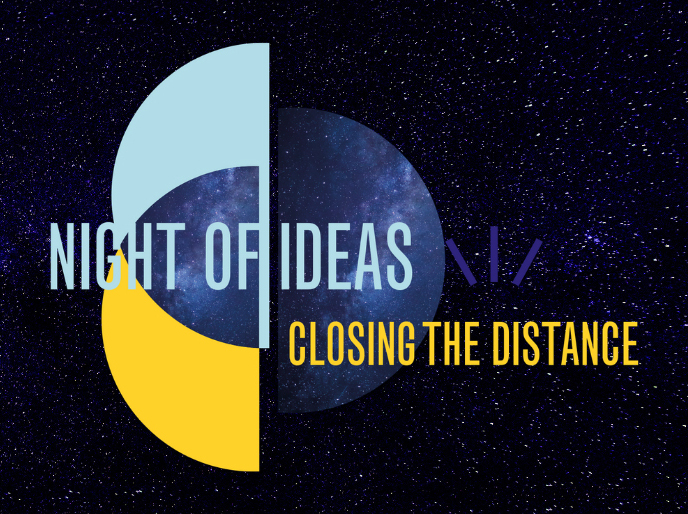 Night of Ideas 2021: Closing the Distance

Transformed from an all-night library takeover into virtual form, this year’s event continues the tradition of bringing together Bay Area thinkers, community leaders, artists, and performers to share their creative visions for the future. After a year that has created or exacerbated physical and metaphorical distance among us, we’ve invited these voices to imagine what could bring us closer together. How do we close the distances between each other? How do we close the distance toward a more just and vibrant Bay Area?

Hosted by KQED’s Mina Kim, this two-hour broadcast will feature a message from San Francisco Mayor London Breed, as well as video appearances and performances from a variety of guests, including Alice Wong, founder and director of the Disability Visibility Project; Corrina Gould (Lisjan Ohlone), co-founder/co-director of Sogorea Te’ Land Trust; Antoine Hunter and Urban Jazz Dance Company; VivvyAnne ForeverMORE! and Friends; artist and activist Favianna Rodriguez; and several others. Don’t miss Close to Home exhibition artist Tucker Nichols sharing a deeper look into his project Flowers for Sick People, as well as details on how you can pick up one of his flower prints for someone you care about.