Game Maker Rod Humble on Fayum and the Future of Gaming

Rod Humble is a professional maker of games for PC, and in a broad field he’s an unusual case. Not only has he worked for many of the large video-game companies in a senior-level capacity — Linden Lab (Second Life), ToyTalk, Electronic Arts (The Sims), and Jam City (formerly SGM) — he has also maintained a parallel practice in which he’s developed several of his own games as a form of art and self-expression.

As one of PlaySFMOMA’s inaugural Gamers in Residence, Humble dreamed up a new game for the museum, which he presented to visitors during a public playtest in the White Box on August 11, 2016. This story marks the public release of that game, which was previously available only via private links and at SFMOMA on the day of the interactive workshop. You can access it here.

Humble is part of a growing group of game developers who are interested in vastly broadening the medium in noncompetitive, experimental, expressive, and artistic directions — in a sense, making games that probe our usual understanding of the word “game.” As part of his residency he toured the museum while it was under construction. “And it was very powerful,” he says, “because it felt like the building was having major surgery, or even being killed and redone — and I found that subject to be very close to my heart. So the game I built was called Fayum, which is an old art form, specifically a portrait placed on top of the face of the dead. I wanted to make a portrait of SFMOMA using game mechanics.”

Fayum is a procedurally generated universe. Theoretically, you could play it forever. The player goes from artist to artist and into worlds to experience artworks. “You can either be repelled by a work,” notes Humble, in which case you’ll get booted out; or you can take something from it, in which case an element of the work will follow you, become your buddy. And hopefully you as the player are making your own art as well, because you can put together these wonderful movements and flows.”

There are various language components, too. The game applies a code-breaking algorithm in reverse, generating phrases that look semi-English, “to cover the language aspect, which is so important when you’re discussing art.” Humble also transcribed selections from early twentieth-century art theory, and fragments of these are randomly presented throughout the game. “I took the liberty of throwing in a bunch of my own stuff and purging the art theory I didn’t like, or changing it deliberately. For example, I took Wassily Kandinsky’s quote, ‘I don’t want to paint music,’ and I changed it to, ‘I do want to paint music.’ And I banned the Futurists, because they were too sexist for me. [Laughs] Even though they were quite bold.”

The PlaySFMOMA public playtest was personally rewarding for Humble, and also informative in a practical sense. Accounting for audiences who were not playing the game, but watching others play it, introduced a new dynamic, albeit one that harks back to the oldest computer games, arcade games. With arcade games, watching others play, socially, is a fundamental part of participation.

“One couple just loved sitting there watching kids play the game,” he remembers. “Some of my favorite reactions were people who simply sat and observed, and said, ‘That’s really beautiful.’ And then they’d look at the binder, which talked about some of the symbolism and issues in the work, and they’d either be surprised or want more of that. I hope it gave the experience an extra bit of spiritual value.”

He also notes that the usual “don’t touch” rules for museums were enjoyably inverted. “Kids have zero fear about approaching a game and playing it, in a museum or wherever.”

Humble is entirely optimistic about the fundamental democracy of games and gaming. He appreciates that games built for PC are as accessible as computer games can be, since they require no extra hardware. And he observes more broadly that game developers and game players today seem receptive to all sorts of characters — characters of color, gay and lesbian characters, women characters — as long as the production values are high and the emotional qualities are authentic.

“My biggest hope is that people will start to think of games in a more high-art way. They can be such useful tools for perceiving the world differently. Gaming is the dominant form of entertainment in the world today, in the sense that it makes the most money and is played by the most people. But when people think about high art, they’re not quite ready to go there.

“Great art can give you a new way of looking at things. It can make you feel something that you didn’t expect. It can turn you into a broader person. And games can demonstrably do those things as well.” 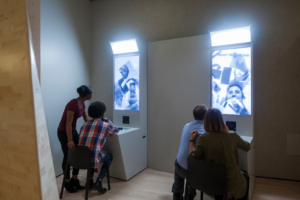 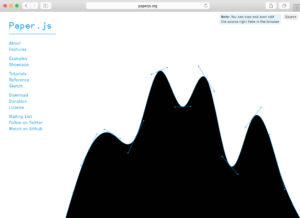 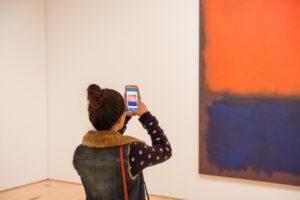