This closeup view of Collection shows the mirror without the sheer fabric covering that is part of the artwork today. The original silk veil deteriorated over time and became detached from the piece in 1972. The weakened condition of the silk made it impossible to reattach. Between 1998 and 1999, SFMOMA conservators consulted with Rauschenberg about the missing fabric, and he decided to dye a new piece to use as a replacement. The 1999 replacement was dyed to match the original using wine and tea, organic compounds that subsequently faded. In 2012, the museum’s conservators replaced the fabric again, this time with a fabric that had been custom-dyed to match the original veil using colorfast dyes. This photo was taken just before the new fabric was attached, and documents what the mirror looked like bare. The yellow square with a green circle visible in this image is a small piece of a textile that Rauschenberg used in several works of 1954/1955, notably Yoicks (1954, Whitney Museum of American Art, New York). In the mid- to late 1950s, the artist frequently worked with pieces of cut-up fabric. Segments of matching material can be found in multiple works from these years, often appearing in works made as many as three to four years apart. 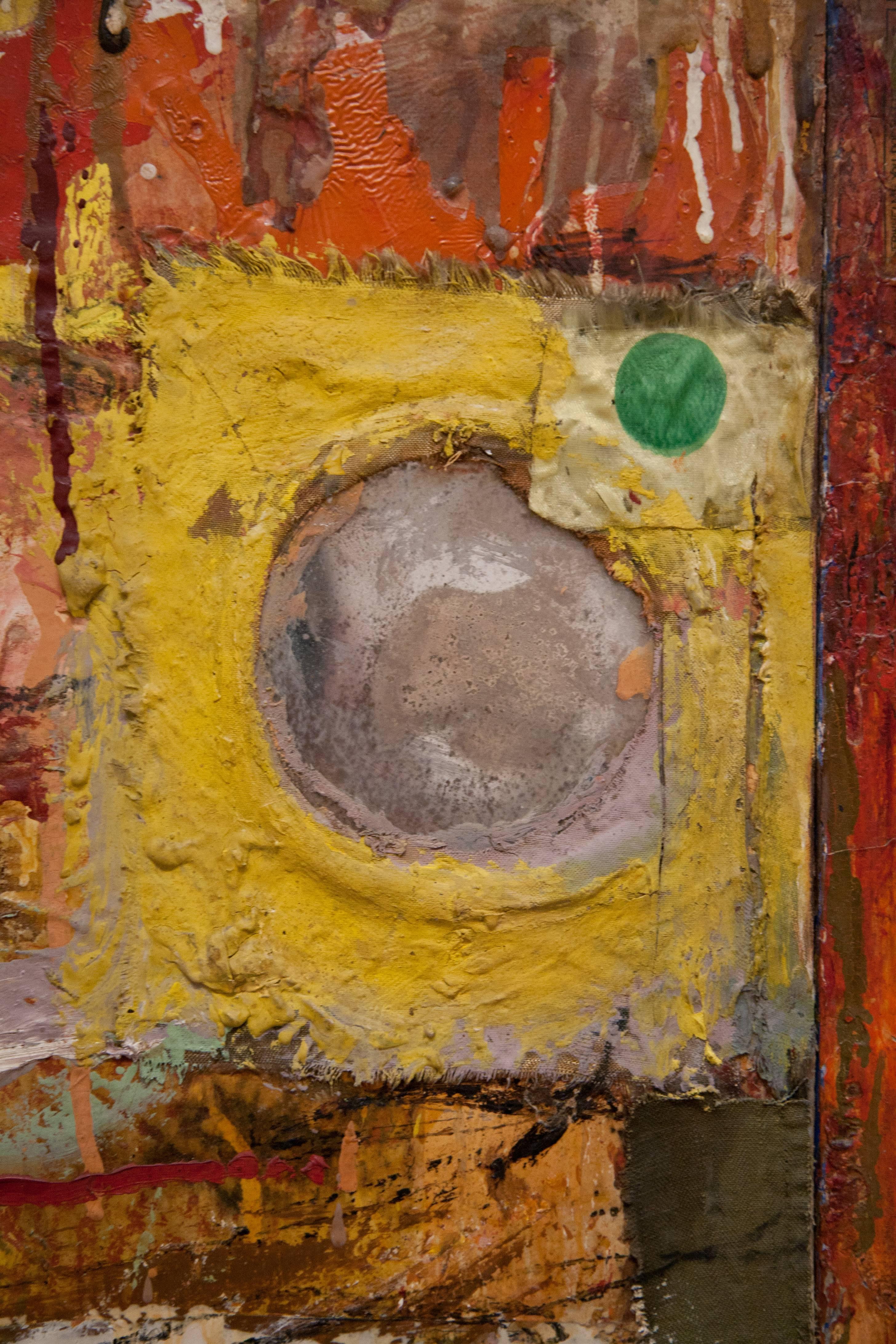