The only marking of any kind on the verso of Untitled (ca. 1955) is Rauschenberg’s studio registry number, 54.018, which appears on the surface of one of the components of the box frame. The “54” indicates that at the time the number was assigned (likely in the 1980s), the work was thought to be dated 1954. The date was changed to ca. 1955 as a result of research performed in the 1990s in preparation for the exhibition Robert Rauschenberg: A Retrospective, organized by the Solomon R. Guggenheim Museum, New York (September 19, 1997–January 7, 1998). 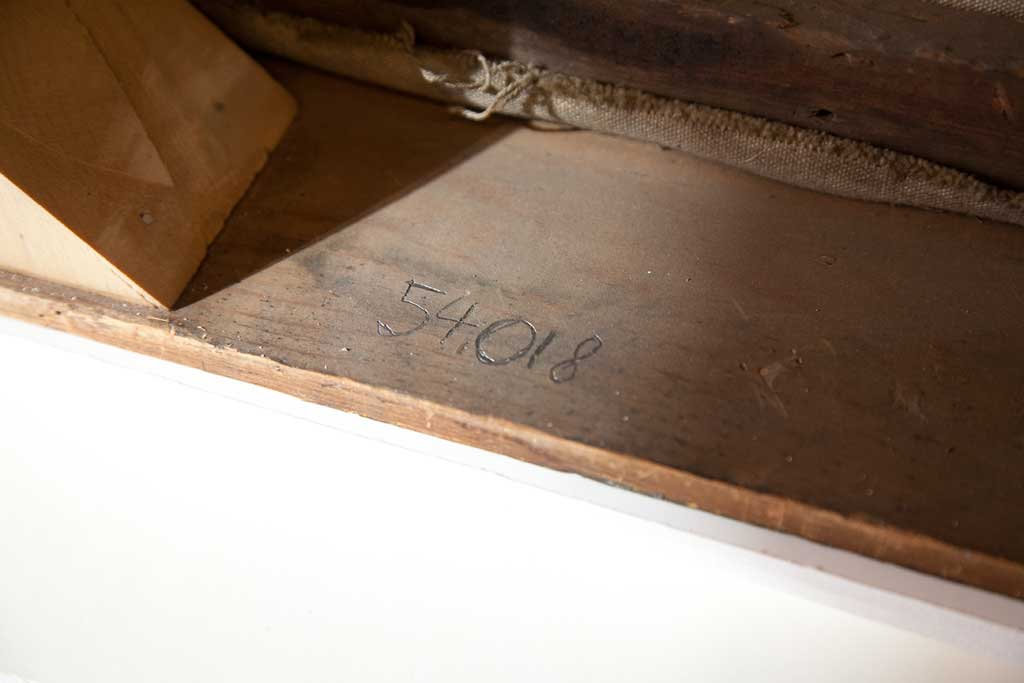