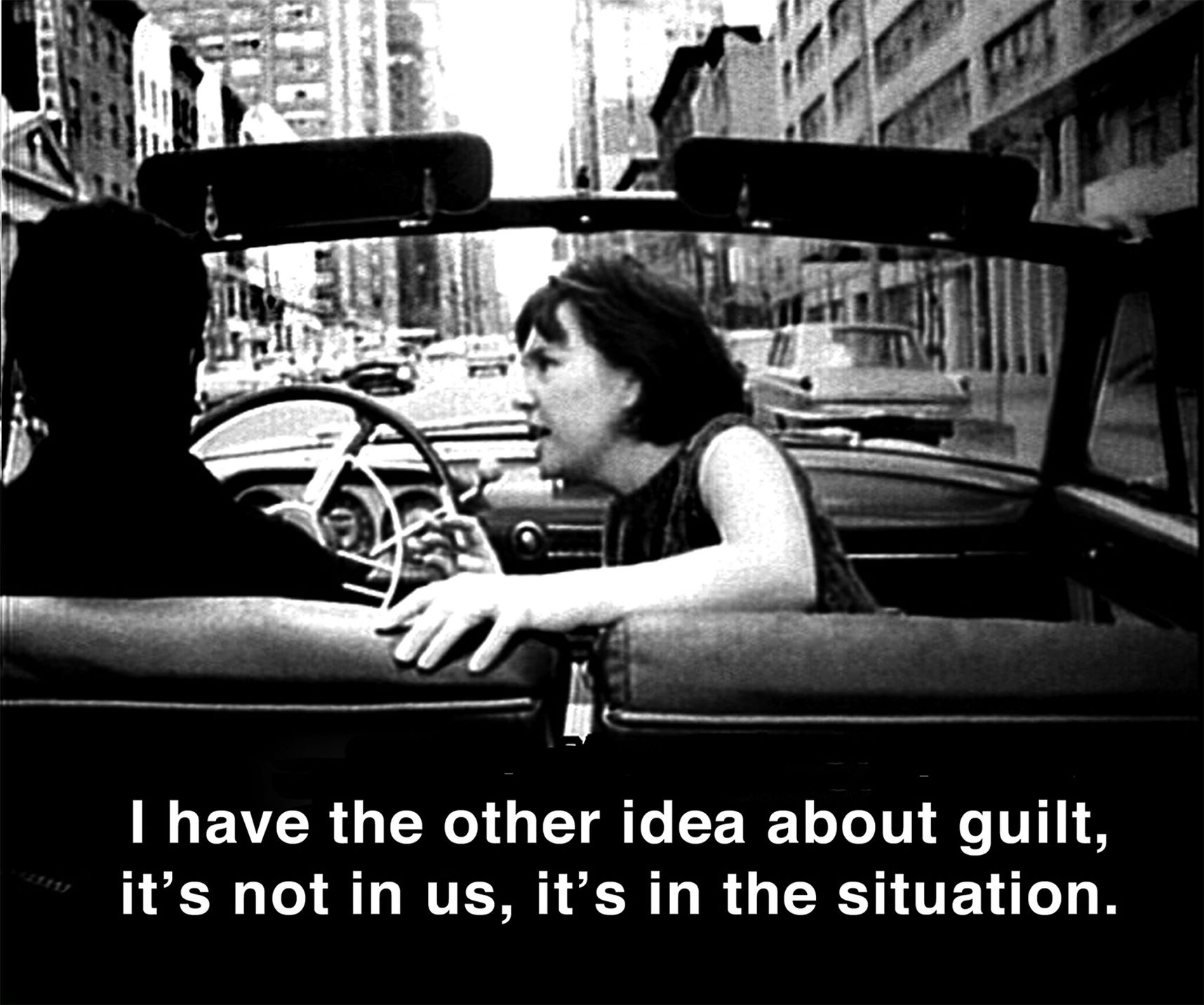 Joan Mitchell’s artists circle in the 1950s and 1960s, known as the New York School, included poet Frank O’Hara and SFMOMA collection artist Alfred Leslie, a painter and filmmaker known for Pull My Daisy, a 1959 film co-directed with Robert Frank. While the artists and writers held firm to their own practices, wonderful things happened when they came together. Released in 1964 and screened at SFMOMA that year, The Last Clean Shirt is an avant-garde classic that probes the limits of cinematic form and predates the rise of structuralist film. This collaborative project between Leslie and O’Hara features a young Black man and white woman driving around downtown Manhattan with an alarm clock taped to the dashboard. While the woman speaks in a mix of Finnish and gibberish, their meanderings and musings are told through O’Hara’s subtitles in a beautiful stream of consciousness that runs throughout the film. In a letter to O’Hara, Leslie describes a goal of the film: “We will shoot for two SEPARATE LEVELS on the film. One is the VISUAL, the other the HEARD & the spectator will be in TWO places or more SIMULTANEOUSLY. NOT AS MEMORY BUT AT THE SAME MOMENT. PARALLELISM! MULTIPLE POINTS OF VIEW!”