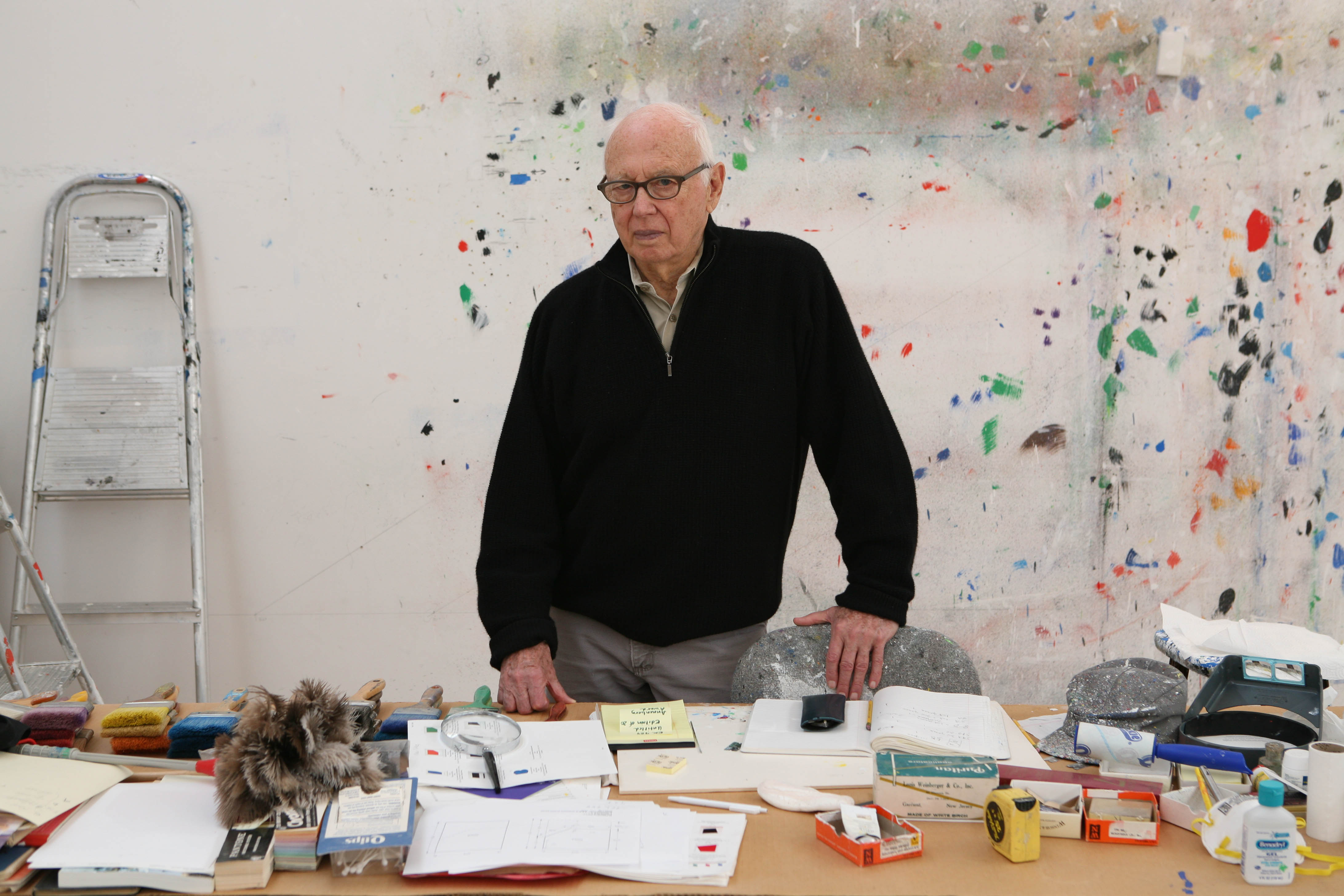 After early artistic training in New York and Boston and military service in World War II, Ellsworth Kelly spent a formative period in France from 1948 to 1954. It was there that he developed his characteristic work. These abstractions drastically reduce glimpsed details of the world into the sparest of arrangements. The resulting forms are neither representational nor precisely geometric. He also explored chance as a compositional technique, and eliminated any visible brushwork from his solid color fields.

Kelly returned to New York City in 1954, then relocated to upstate New York sixteen years later. He eventually did away with the traditional square-canvas format altogether, in favor of joined, shaped canvases. These later works, which neither occupy volume nor hang flat against the wall, exist somewhere between painting and sculpture.