Peace (Tribute 21) honors Mikhail Gorbachev (b. 1931), who served as general secretary of the Central Committee of the Communist Party of the Soviet Union from 1985 until 1991, and was the first and last president of the country, from 1988 until 1991, when Communism fell and the Soviet state dissolved. In the mid-1980s, he introduced liberal reforms—perestroika (reorganization) and glasnost (openness)—that were instrumental in ending the Cold War. In 1992, Gorbachev was awarded the second Ronald Reagan Freedom Award at the Ronald Reagan Presidential Library and Museum in Simi Valley, California. The brochure pairs Rauschenberg’s print with an appeal for peace by Gorbachev that reads: “We are all passengers aboard one ship, the Earth, and we must not allow it to be wrecked. There will be no second Noah’s Ark.” 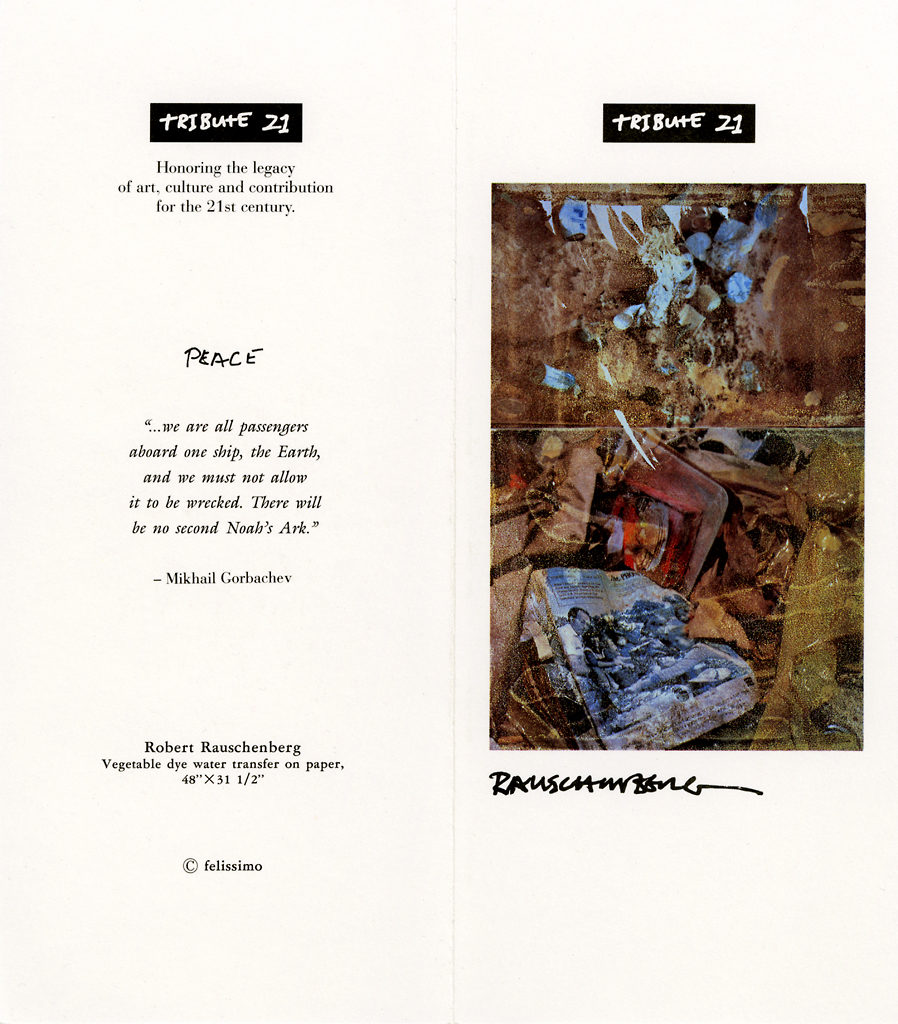