This contact sheet includes six photographs that Rauschenberg took of Cy Twombly on the steps of the Basilica di Santa Maria in Aracoeli, along with photos of Twombly and various relics at sites on Rome’s Capitoline Hill. Rauschenberg selected only five of the six photographs from the steps for inclusion in Cy + Roman Steps (I–V); the central image from the top row was dropped. The sculptural fragments seen in the bottom two rows of images are pieces of the Colossus of Constantine that Rauschenberg photographed at the Pallazo dei Conservatori. In one shot, Twombly appears in the same clothes seen in the Cy + Roman Steps (I–V) sequence, suggesting that all of these photos were taken on the same day as the two explored the city. 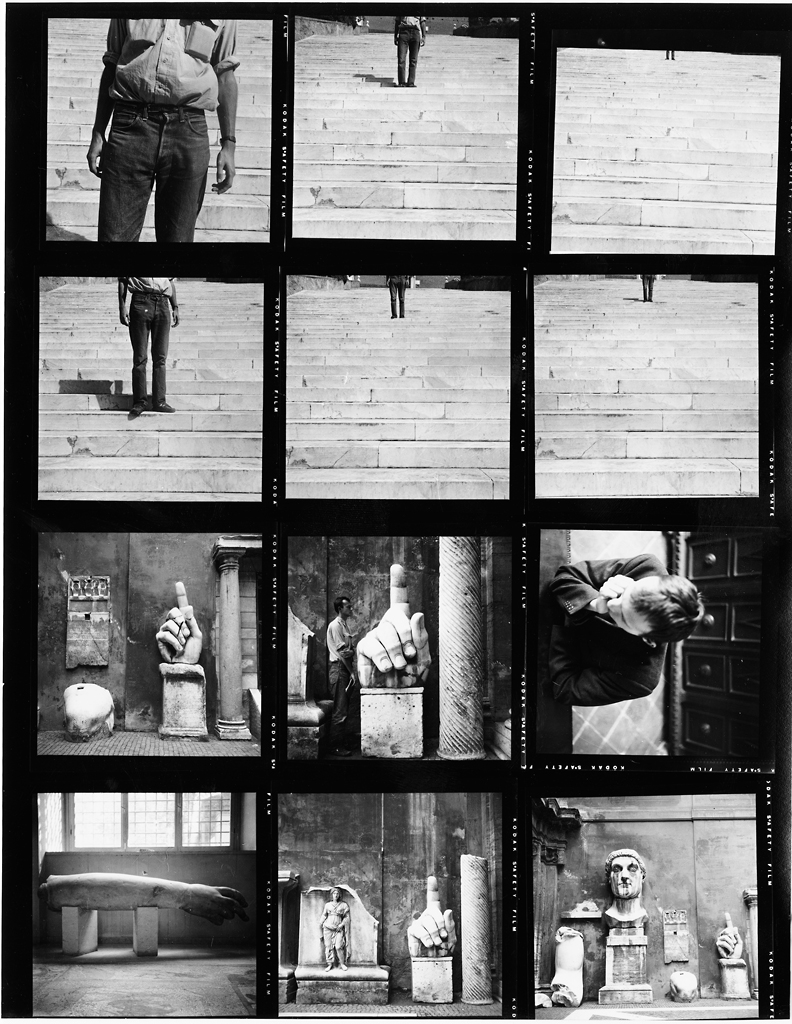