In 2010 SFMOMA initiated an advanced digital imaging effort aimed at learning more about the Willem de Kooning (1904–1997) drawing that Rauschenberg used as the basis for Erased de Kooning Drawing. This image began as an
infrared scan that was digitally enhanced to add weight to the traces of graphite and charcoal on the paper, making their shadowy forms visible to the naked eye. The enhanced image suggests that the de Kooning drawing included several figures worked from different angles. De Kooning himself used erasers as part of his drawing process, so it is possible that some of the lines revealed by this image were erased by him before the drawing entered Rauschenberg’s hands. 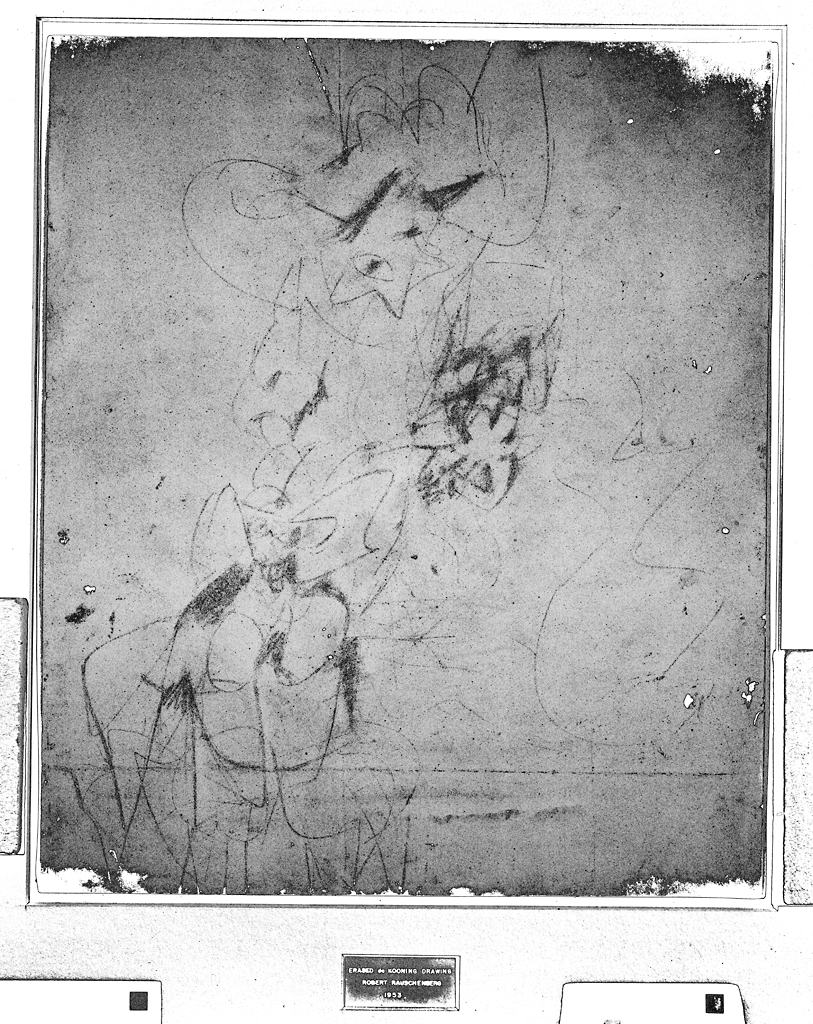