A few months after his first solo exhibition at Betty Parsons Gallery, New York, in spring 1951, Rauschenberg wrote an impassioned letter to Parsons about a new body of work, his series of White Paintings. Excited at the turn these new paintings had taken, he explained that “they take you to a place in painting art has not been.” Rauschenberg pushed to show the White Paintings immediately, but Parsons declined. The original letter is missing from the Betty Parsons Papers at the Archives of American Art, Smithsonian Institution, Washington, D.C. This PDF shows the letter as it was reproduced in the 1991 catalogue for the exhibition Robert Rauschenberg: The Early 1950s, organized by Walter Hopps. 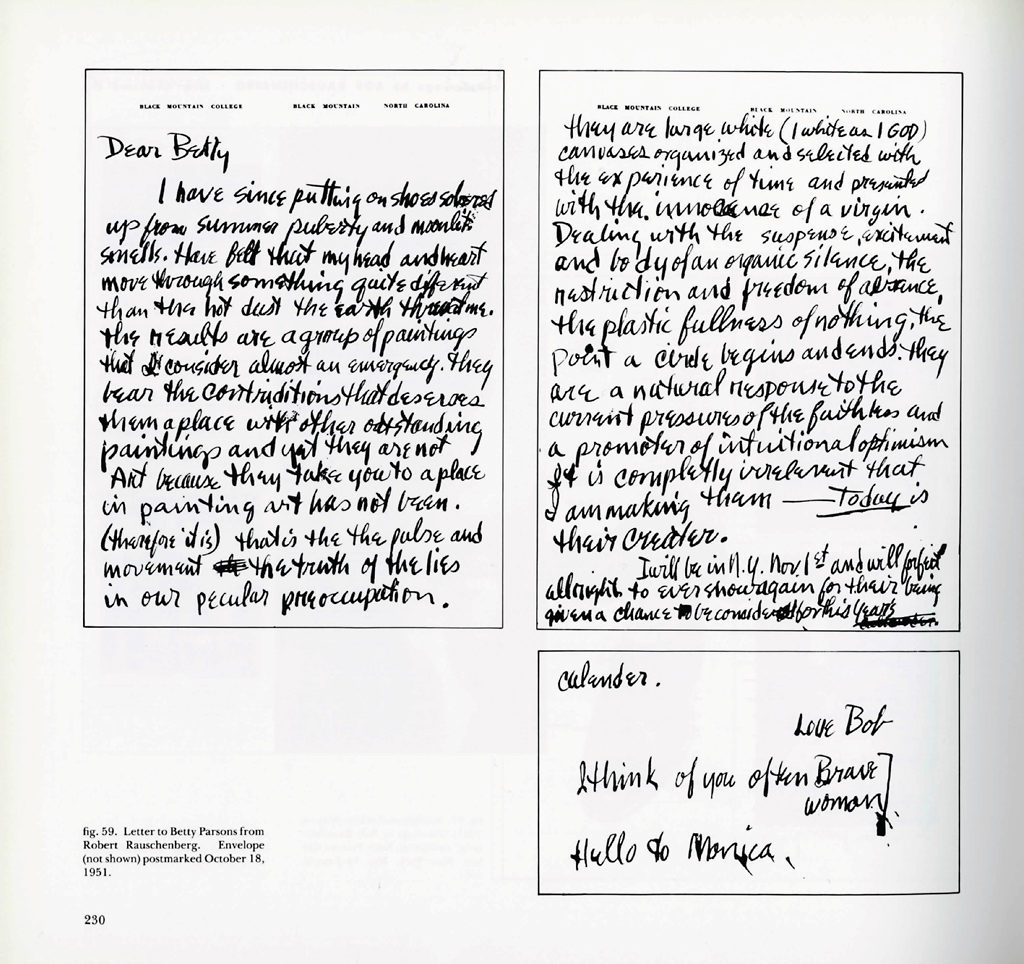