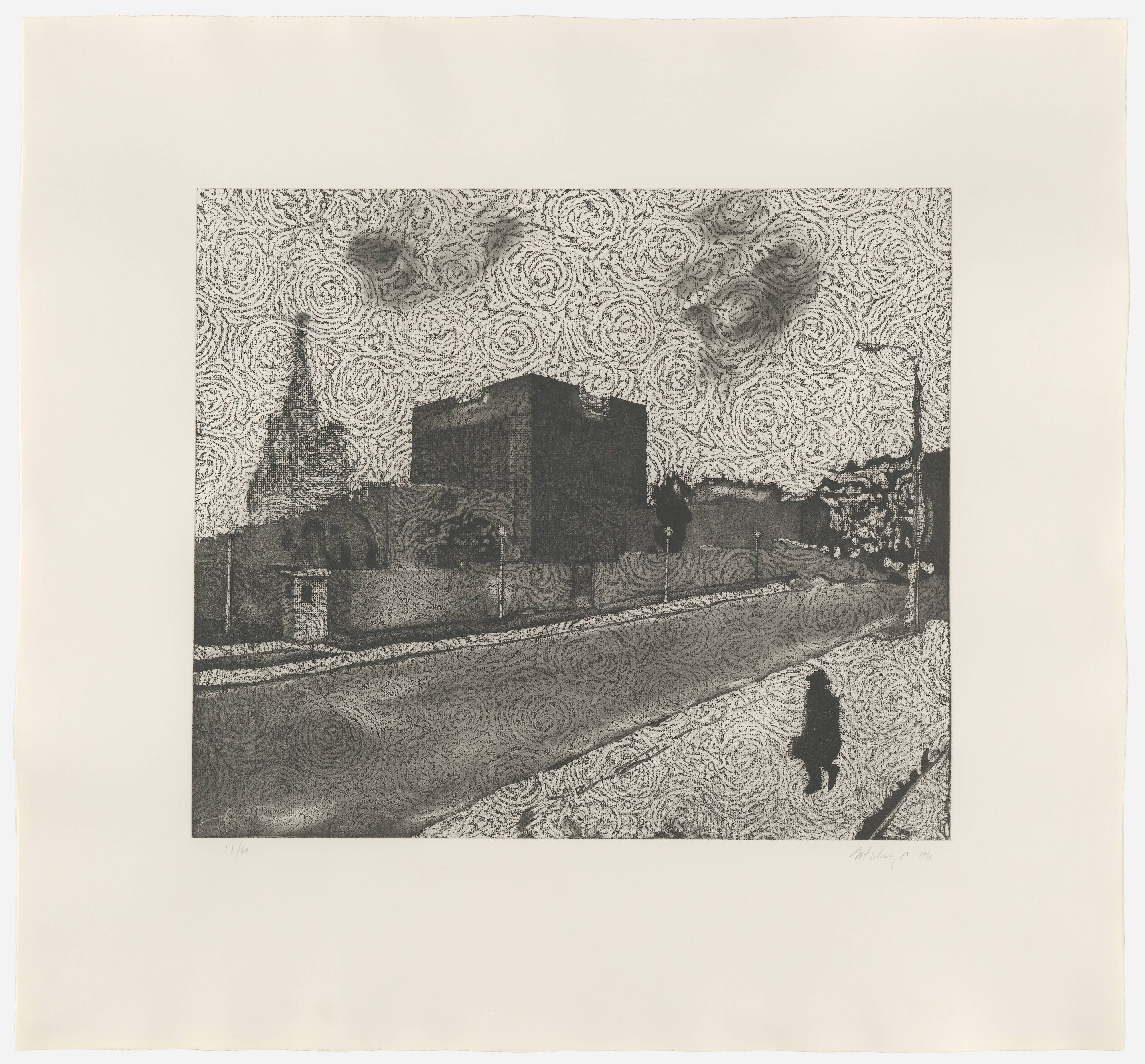 Building Riddled with Listening Devices (Alpha) and Building Riddled with Listening Devices (Beta) are part of a rare group of three etchings Artschwager made in 1990 and published with Marian Goodman Gallery’s Multiples Inc. Like many of his large-scale Celotex works that depict found photographs with delicate lines of graphite, charcoal, and acrylic paint, these prints combine source materials, reproducing both newspaper pictures and one of the artist’s own drawings.

Building Riddled with Listening Devices (Alpha) and (Beta) present mirrored images of the United States embassy in Moscow, which sat unfinished for years and was partially razed and rebuilt after the infamous 1985 discovery that Soviet contractors had embedded listening devices in the structure. Artschwager often looked to newspapers for source material, and hints of the subject and title of these two works can be found in a 1989 New York Times article by Thomas L. Friedman. Friedman noted the extent of the bugging when he described, “American intelligence evaluations indicated that the building was so thoroughly riddled with listening devices that [continuing construction] would be useless as a diplomatic mission.” While Artschwager’s scene largely follows the composition of the photograph by Paul Hosefros that accompanied Friedman’s text, the artist’s additions of a silhouetted pedestrian and a textured, swirling background suggestive of radio interference reinforce the narratives of Cold War espionage roiling the embassy.

Made five years after the initial intelligence revelation, these etchings subtly evoke the effects of the passage of time on our understanding of this building suspended in scandal. The higher-contrast, more saturated tones of the Alpha print are faded and softened in the Beta work, where misty halos surround the streetlight and boxy edifice. The third etching published with this pair, Horizon, is based on a drawing Artschwager made in 1989. It introduces a sense of spatial dislocation as it jumps to an interior, gallery-like space that seems to both vaguely recall and sharply diverge from the first two prints in the group.