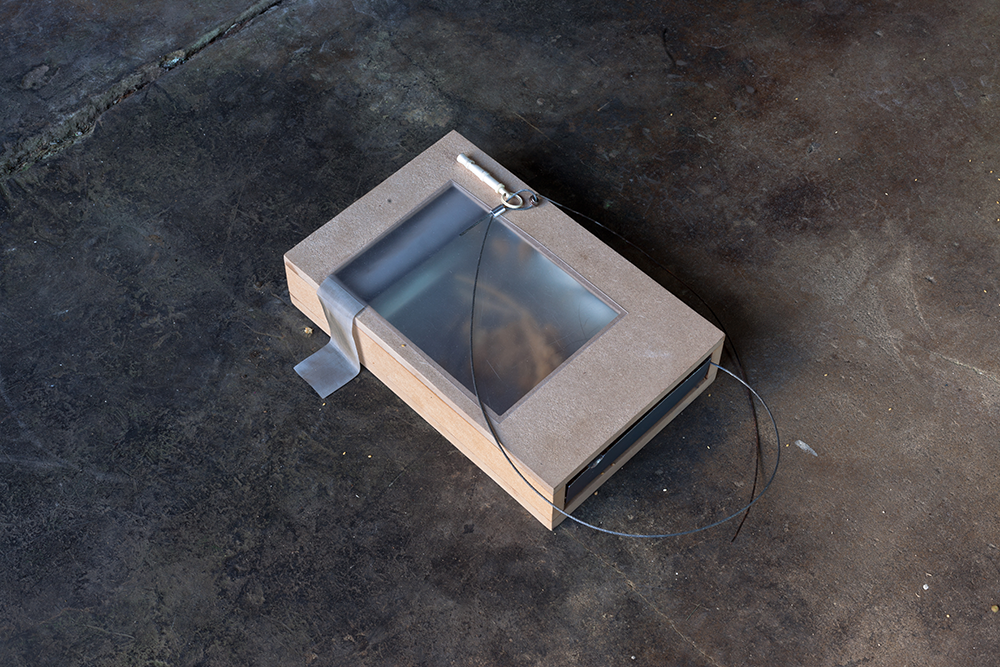 K.r.m. Mooney pursues a distinct form of abstraction that focuses on the interactions of objects, bodies, and space. Often diminutive in scale, their sculptures distill observable and imperceptible properties of organic and industrial materials, investigating structural capacities and potentials as well as the effects of time, temperature, and adjacency. Mooney shifts proximity and perspective and alters our understanding of how art and bodies relate to one another and their surroundings by installing works directly on the floor, overhead, or in passageways. Grounded in cultural theory and foundational metalsmithing techniques, they examine physical and sensory states as a way to address issues of difference, embodiment, and care.

Mooney’s sculptures and installations are variously informed by material studies, trans biology, and craft theory. For the past few years they have considered sound both as it relates to space and as it relates to bioacoustics, the study of how sound is physically emitted and how acoustic signals shape behavioral responses. They are particularly interested in the way air circulates through a cavity, space, or object to create movement or a vocalized pitch or rhythm. Woodwind and percussion instruments appear in their work, such as clarinet parts, silver-plated whistles, or the cast components of bells used in 5.1.6.1, I–II and 5.1.6.1, III–IV, both featured in their installation at SFMOMA. The titles and proportions of 5.1.6.1, I–II and 5.1.6.1, III–IV further explore the properties and interrelations of sound with references to audio speakers. These containers also allude to the way sound self-organizes within a space—its scalable and fugitive qualities, dependent on the objects and bodies that coproduce and absorb it.

Related to this interest is materialist philosopher Christoph Cox’s proposition that “an attention to sound will provoke us to modify our everyday ontology and common conceptions of matter.”1 His expansive understanding of the invisible yet highly physical fluidity of sound resonates with the polyvalence that is embraced and embodied in Mooney’s sculptures. This polyvalence sometimes emerges in their titles. The artist created three works called Carrier, two of which are in their SFMOMA presentation. A carrier has associations biological (a carrier of genes or disease) or industrial (a carrier of people, goods, or machinery). It can refer to a person who transports materials or to a container. Mooney also points to Ursula K. Le Guin’s “The Carrier Bag Theory of Fiction,” a feminist revisionist text that proposes that a carrier bag for food was the first tool.

Mooney’s materials also manifest polyvalence, often having generative qualities or structures that shift with environmental factors. They frequently include seeds and plants—some living, others dried—that are used by humans and animals alike, normalizing alliances between materials with multiple associations. Mooney casts them, preserving their contours while suppressing their other natural qualities. Casting itself—subjecting metals to changes in temperature that turn them into molten liquids before they harden into new forms—reveals the mutability of each metal’s elemental interior logic, which reformulates along with its surface. Molds allow Mooney to explore adjacencies and how objects are altered depending on what is affixed (through plating), incorporated (through setting), or fused (through soldering). Alongside visible transformations, there is a focus on the invisible by-products of their processes, including the gases that are emitted and exhausted, which seem to link to the passages of air that generate sound. They sometimes integrate imperfections such as oxidation and incomplete casts, as seen in works such as Carrier II. To capture the transfer of energetic states that are sensed but not seen, they use materials that allow a flow of electrical current or that organize wires, such as the steel cables and electrical hangers in 5.1.6.1, I–II and 5.1.6.1, III–IV. Acknowledging the unseen and the polyvalent, Mooney’s works make visible otherwise abstracted bodies, and make tangible forms that are not defined. 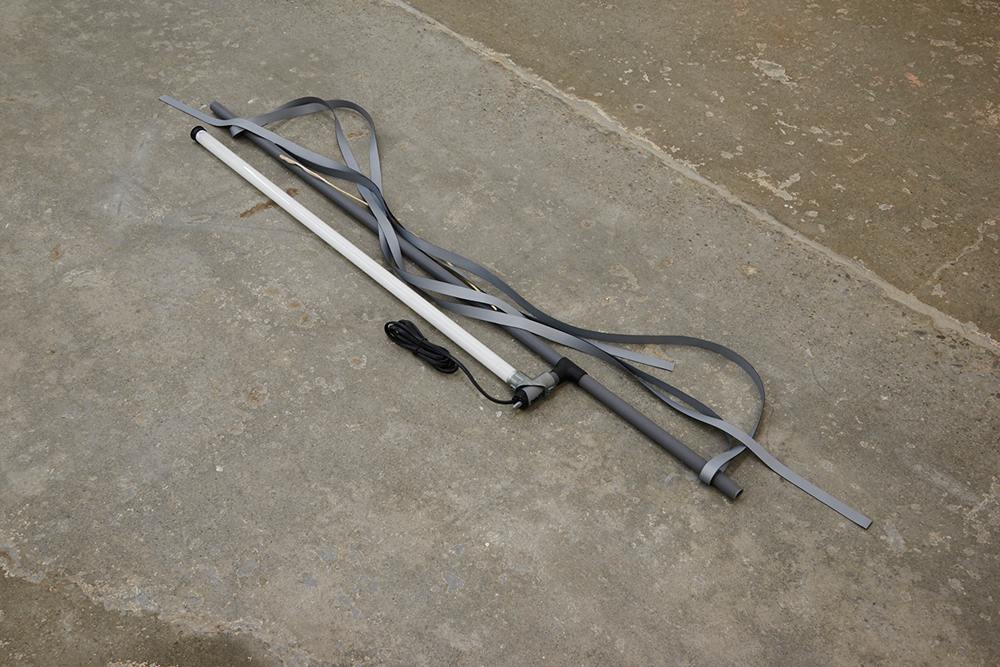 Elements such as plants and electrical or lighting fixtures are frequently sourced near Mooney’s studio.2 They explain, “I don’t consider these materials coordinated to site, but a consequence of what is near. By allowing proximity and the particular settings I encounter to play out, I arrive at some materials over others. This proximity . . . situates me, it gives me a position.”3 Their attunement to place extends to installation, as they frequently make adjustments that shift the physical conditions of exhibition spaces, particularly the infrastructure that produces light. At SFMOMA their works are illuminated by open skylights and fluorescents that impart an even, cold wash, instead of the spot-directed bulbs typically used in the galleries. Mooney’s Second Affordance I is derived from their thinking about “light as a material consequence.”4 The work comprises an awning—a structure that reconfigures the possible relationships of a building to the public—that runs the length of a gallery wall. Folded up alongside it is a pneumatic mechanism, a machine that translates compressed air into linear motion, though it is never activated. Its strong linear quality and horizontal position on the floor recur in many of Mooney’s installations.

When not on the floor, Mooney’s sculptures frequently occupy passageways or cling to fixtures overhead. Carrier III is installed in a threshold, a place where bodies pass alongside it; the handcrafted glass vessel embodies the fundamental requirements of care, evoking both fragility and stability as it holds and is held by a support. Establishing bonds between the “active participants” in the artist’s work is part of their ongoing process of world making, described by scholar María Puig de la Bellacasa as a practice in which “all of the various actors literally and physically are the world, as well as being actively involved in the process and negotiations in which the world takes the specific form that it does.”5