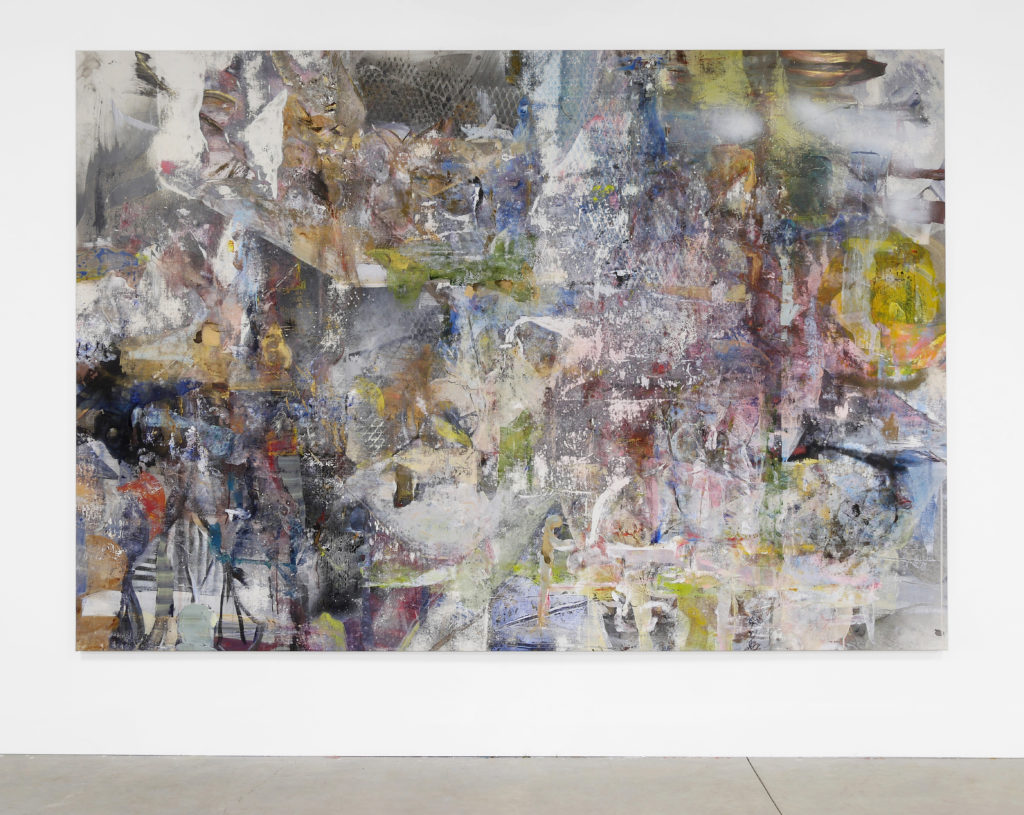 In Samuel Beckett’s play Endgame (1957), each of the four characters has a physical restriction: One cannot see or stand, and another cannot sit. Two are missing legs and live in garbage cans. All are caught in a circuitous loop of repetitive rituals, even though the first line of the play—“Finished, it’s finished, nearly finished, it must be nearly finished”—seems to signal imminent completion. Beckett’s writing has become an increasingly important touchstone for Liam Everett, whose working methods and philosophy of continuous rehearsal reflect the concepts of restriction, repetition, and endless progression that drive Endgame.1

Everett’s studio is structured around constraint and persistent movement. The tables, which are at “gut level,” have wheels affixed to their legs; a stool and a ladder serve as “props” or “obstacles,” not places to perch. At the beginning and end of each day the space is cleaned and organized. Everett always has several paintings in process, and they too must stay in motion, frequently shifting from the floor to the wall to the tables outside—a practice that inevitably alters his physical relationships to his compositions as he works alternately on top of, up against, or leaning over them. Influenced by contemporary dance, his gestures are deliberate yet immediate responses to his studio environment. His intent is to stay in the moment, encouraged by a rule-based armature. Instead of brushes he uses objects that he finds near his studio such as metal fencing, sticks, or debris, which he positions in such a way that he is forced to make marks with or through them, yielding unpredictable shifts in rhythm and speed. These changes keep him destabilized, spontaneously pushing him toward the materiality of his paintings and away from conceptual frameworks and ideas.

Everett’s compositions are built up with and worn down from these improvised actions. And like the physical process he sets up for himself, the materials that he employs are meant to incite instability. Marks are made with a combination of acrylic and enamel paints, alcohol, and salt. Typically used to preserve or clean, salt and alcohol have acidic properties and act as dissolving agents. They weaken the binding agents in the paint, stripping the color and distressing the surface. His works often spend time outside and are thus further shaped by the landscape and weather of Northern California.

Adding to this is Everett’s layering of mark on top of mark, painting on top of painting. As he sands and scrapes, traces of previous states cause unexpected fluctuations in line and tone. “Where is the threshold?” is a question the artist frequently asks of himself and his compositions. He works the surfaces until he no longer recognizes them, explaining, “There’s an opening, something reveals itself, and what’s revealed is foreign to me. Then I can learn something from it. Then I can let it go.”2 When he paints on canvas—rather than on Masonite boards, on vinyl, or on other fabrics that are supported by the wood and sticks he used to apply the pigment—he sends it out to be stretched. “Almost 99 percent of the time I don’t see the paintings until they arrive in the gallery,” he has said. “And this is the final restriction for me because if I stretch them myself I have control somehow. I have what I think of as ‘the finish.’”3 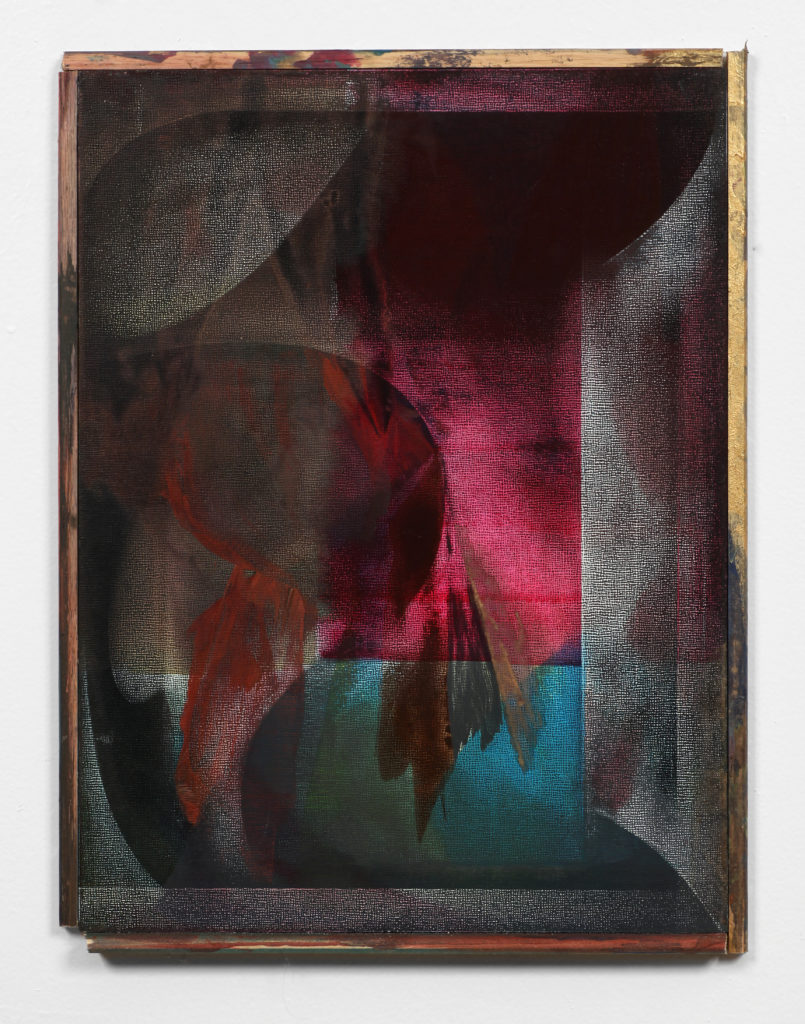 Everett’s compositions often stand, lean, or hang freely against the wall or on the floor, lending them a distinct dramatic sensibility. For his installation at SFMOMA he has covered the floor with plywood panels on which he once rested props and tools in his studio. The wood has absorbed the outlines of the color-soaked implements, stained by numerous random encounters. Installed edge to edge, this stage-like platform transforms the neutral gallery environment into an emotive space where the dark hues beneath visitors’ feet shift alongside the natural light emitted from the openings in the ceiling above.

Such stage-like structures are familiar for Everett, who performs and has a background in theater.4 He has likened his artistic practice to a continuous rehearsal, exemplified by the importance he places on constant movement and “releas[ing] work that is still working.”5 Twice a week his installation incorporates performative actions that embody this philosophy of rehearsal and “invite a permanent state of evolution.”6 In the first, a man positions his body in relation to one of Everett’s paintings. Everett sees the canvases themselves as taking on physical movements—the large horizontal work is “in recline or falling,” the rondo “signals the ‘turning-returning’ figure,” and the painting that leans is a “body ‘up-against’ or ‘on-reserve’”;7 they are thus, in a sense, partners in their activation. On a second day San Francisco–based choreographer Hope Mohr rehearses alongside two of her dancers. By bringing movement into the gallery, Everett pushes the dramatic potential that has been building in his work further than ever before.