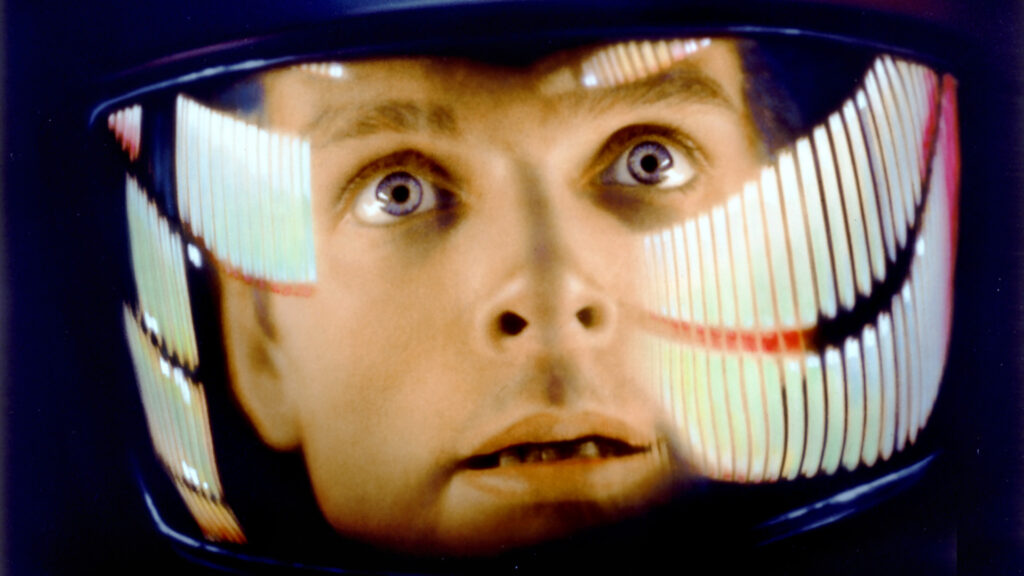 “2001 is…majestic, anomalous, indecipherable, and most certainly created by an alien intelligence. Teaming with the great science fiction writer Arthur C. Clarke, Kubrick set out to compose a film of ‘mythic grandeur,’ and we are happy to report from the other side of the ‘Star Gate’ that he succeeded. Not so much a sci-fi film, though it has the requisite techno-gadgets, as an inquiry into the origins of consciousness, Kubrick’s foray into heady mythmaking required a quantum leap in visualization. Between Douglas Trumbull’s ‘split-scan’ psychedelia and the wizardry of the revolving Discovery interiors, the visual awe bursts like a supernova.”
— Steve Seid, BAMPFA

“At its core, the film is a journey, a summarization of those questions that are both the simplest in their inquisition and most profound in their answers: Who are we, where do we come from, and where are we going?”
— Slant

“The genius is not in how much Stanley Kubrick does in 2001: A Space Odyssey, but in how little. This is the work of an artist so sublimely confident that he doesn’t include a single shot simply to keep our attention. He reduces each scene to its essence, and leaves it on screen long enough for us to contemplate it, to inhabit it in our imaginations. Alone among science-fiction movies, 2001 is not concerned with thrilling us, but with inspiring our awe.” — Roger Ebert