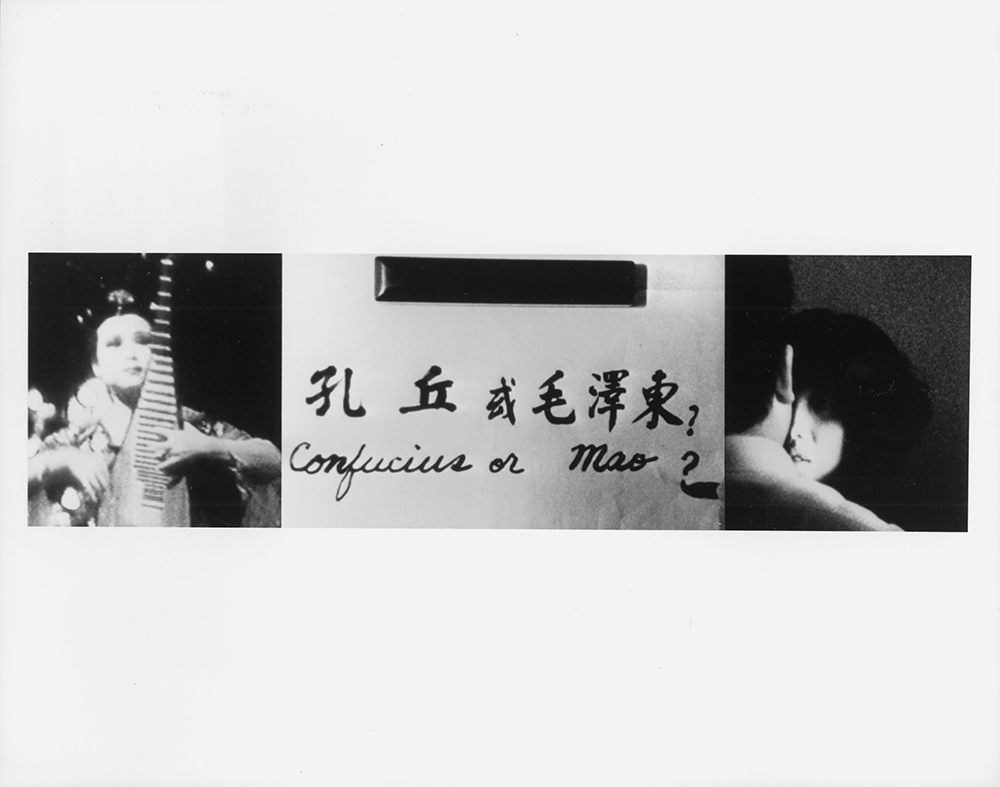 Photo: courtesy the artist and CCA

A Screening of Trinh T. Minh-ha's Shoot for the Contents

This program is free and open to the public; RSVP encouraged.

Reflecting on Mao’s famous saying, “Let a hundred flowers blossom and a hundred schools of thought contend,” this meditative documentary — whose title refers in part to a Chinese guessing game — is a unique excursion into the maze of allegorical naming and storytelling in China. The film ponders questions of power and change, politics and culture, refracted by the protests and massacre at Tiananmen Square in 1989.

As it explores color, rhythm, and the changing relationship between ear and eye, the film offers an inquiry into the creative process of filmmaking, intricately layering Chinese popular and classical music, the sayings of Mao and Confucius, women’s voices, and the words of artists, philosophers, and other cultural workers.

The screening will be introduced by Việt Lê, who will discuss the multidimensional question of color, music, memory, and the politics of translation in Trinh’s films. A Q&A with Trinh will follow the screening.

Việt Lê is associate professor in Visual Studies at California College of the Arts. An artist, academic, and curator, their work has been published in American Quarterly, Amerasia Journal, Art Journal, and featured at the Bangkok Art and Cultural Center, the Smithsonian, and Shanghai Biennale, among other venues.

This program is co-presented with the CCA Wattis Institute for Contemporary Arts as part of their Trinh T. Minh-ha research season.