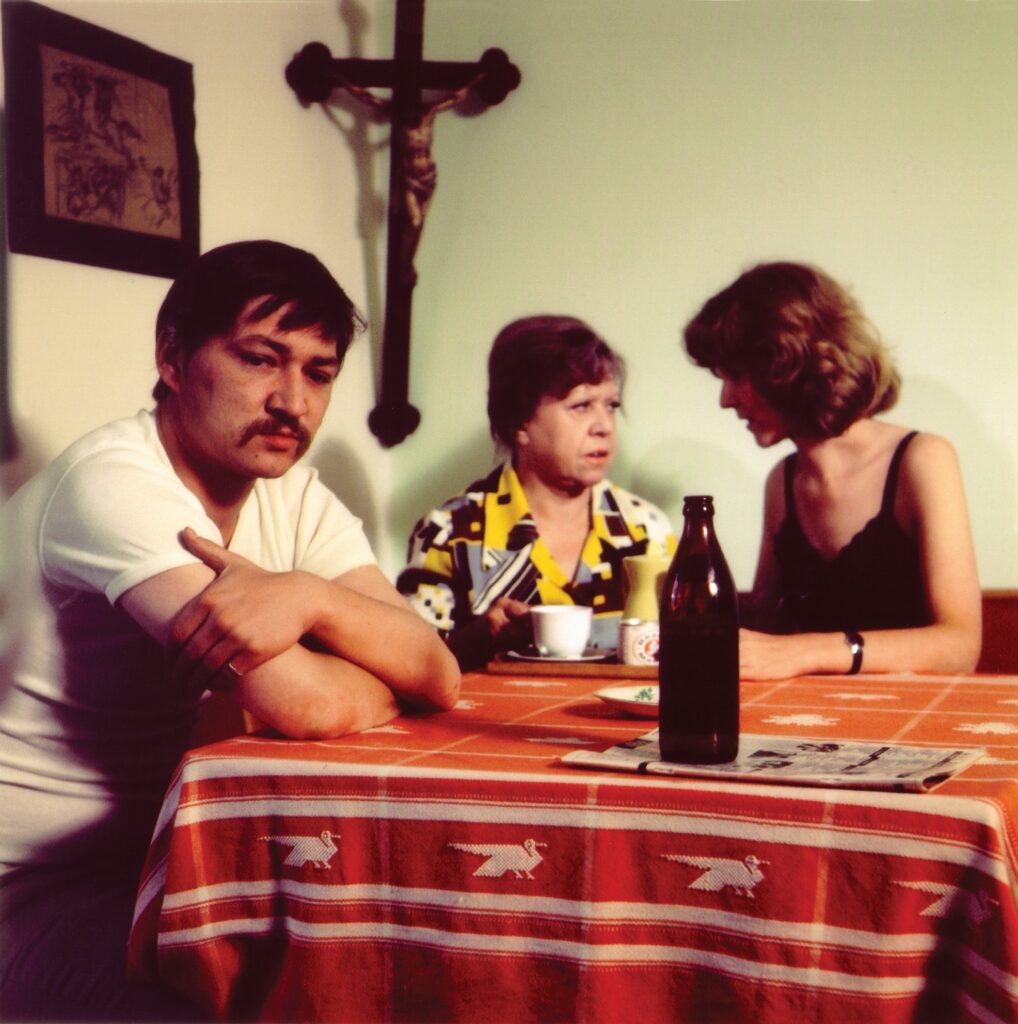 “The wildly prolific German filmmaker Rainer Werner Fassbinder paid homage to his cinematic hero Douglas Sirk with this update of that filmmaker’s 1955 All that Heaven Allows. A lonely widow (Brigitte Mira) meets a much younger Arab worker (El Hedi ben Salem) in a bar during a rainstorm. They fall in love, to their own surprise—and to the outright shock of their families, colleagues, and drinking buddies. In Ali: Fear Eats the Soul, Fassbinder expertly wields the emotional power of classic Hollywood melodrama to expose the racial tensions underlying contemporary German culture.”
— Criterion.com

“The entire movie is constructed, both formally and in its content, around looking. The amazing thing that this does in the movie is that it freezes both parties — the looker and the lookee — in the look and it sets them in these very rigid positions that [Fassbinder] uses both dramatically and aesthetically.”
— Todd Haynes, Criterion interview

“A masterpiece…not to be missed.”
— Andrew Sarris, The Village Voice