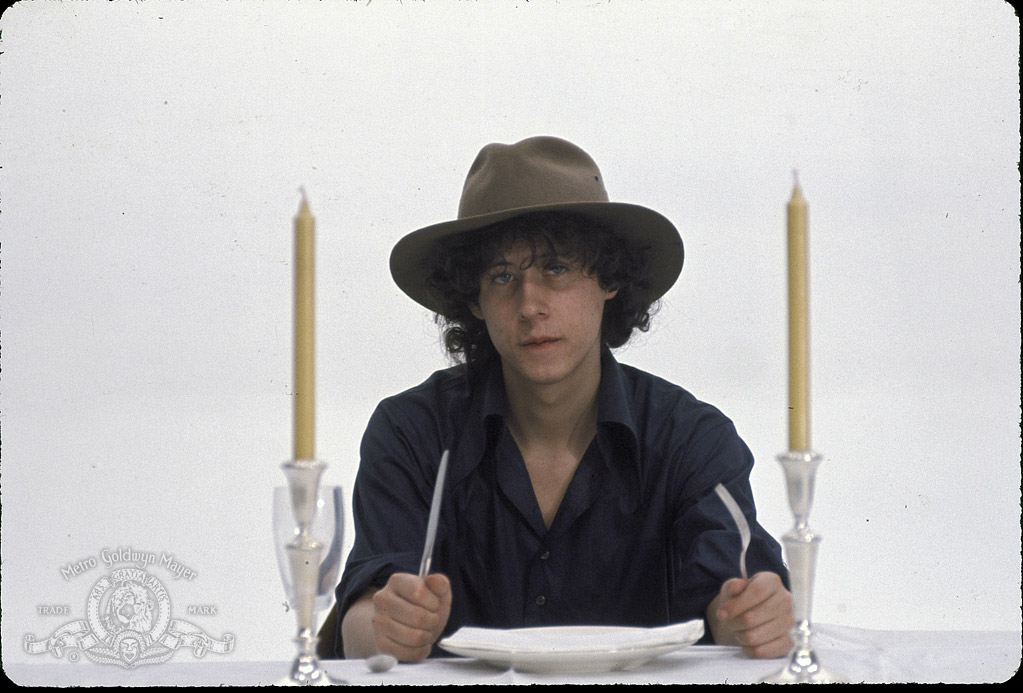 “Mother-to-all Alice (Pat Quinn) and her hippie hubby Ray (James Broderick) establish a commune in a converted church in Stockbridge, Massachusetts (the very town where [Arthur] Penn resided, along with Norman Rockwell), where artists and dropouts, folkies, and just plain folks congregate. After a huge Thanksgiving dinner, Arlo (himself) is assigned to dispose of the trash; his subsequent arrest for littering makes this young peacenik unfit for military duty. Using a mostly amateur cast of flower children, Alice’s Restaurant has an incense-tinged naturalism that wafts with authenticity. And at its center is not Arlo but Alice herself, desirable, compassionate, and tragic as she watches this beautiful, generational moment disappear.”
— Steve Seid, BAMPFA

“Arthur Penn, who collaborated on the screenplay with Venable Herndon, has made a sort of folk movie — wise, fantastic, technically superb (especially the color photography by Michael Nebbia), sometimes wildly funny, sometimes touching in ways that are most agreeable because they are completely unforeseen.”
— Vincent Canby, The New York Times