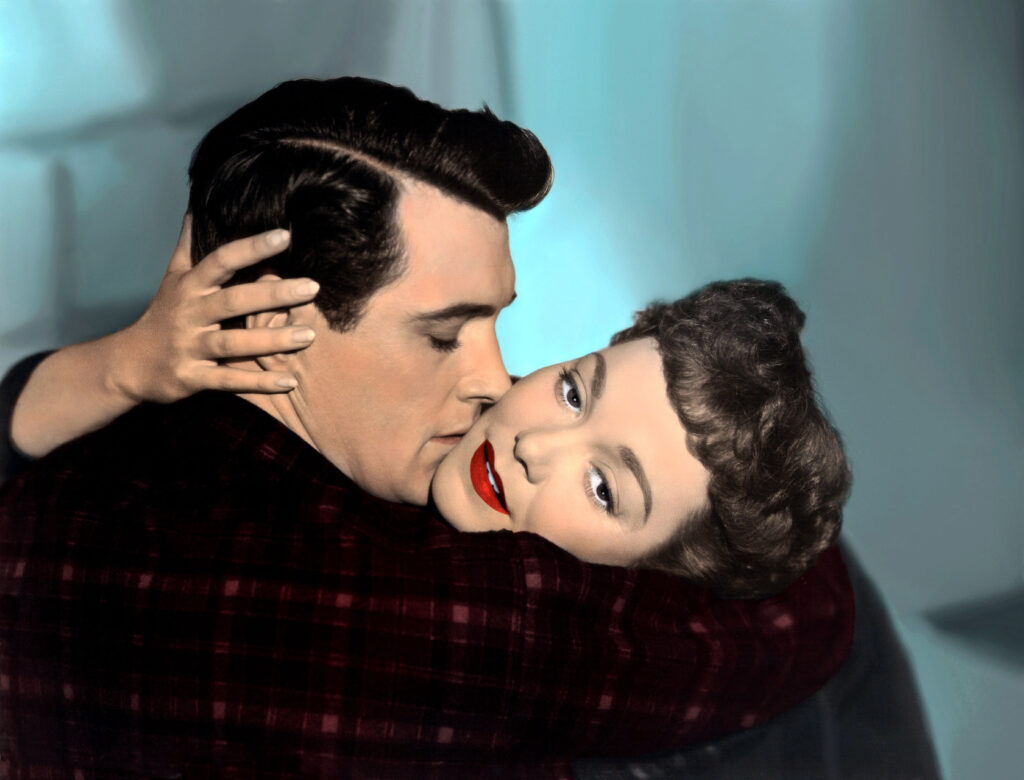 All that Heaven Allows

“This heartbreakingly beautiful indictment of 1950s American mores by Douglas Sirk follows the blossoming love between a well-off widow (Jane Wyman) and her handsome and earthy younger gardener (Rock Hudson). When their romance prompts the scorn of her children and country club friends, she must decide whether to pursue her own happiness or carry on a lonely, hemmed-in existence for the sake of the approval of others. A profoundly felt film about class and conformity in small-town America, All that Heaven Allows is a pinnacle of expressionistic Hollywood melodrama.”
— Criterion.com

“The whole title All that Heaven Allows…Sirk said, ‘I always thought heaven was stingy,’ so [the film is] about who is forbidden in heaven as much as it is who is allowed.”
— Todd Haynes, Criterion interview

“On the surface a glossy tearjerker about the problems besetting a love affair between an attractive middle class widow and her younger, ‘bohemian’ gardener, Sirk’s film is in fact a scathing attack on all those facets of the American Dream widely held dear.”
— Time Out