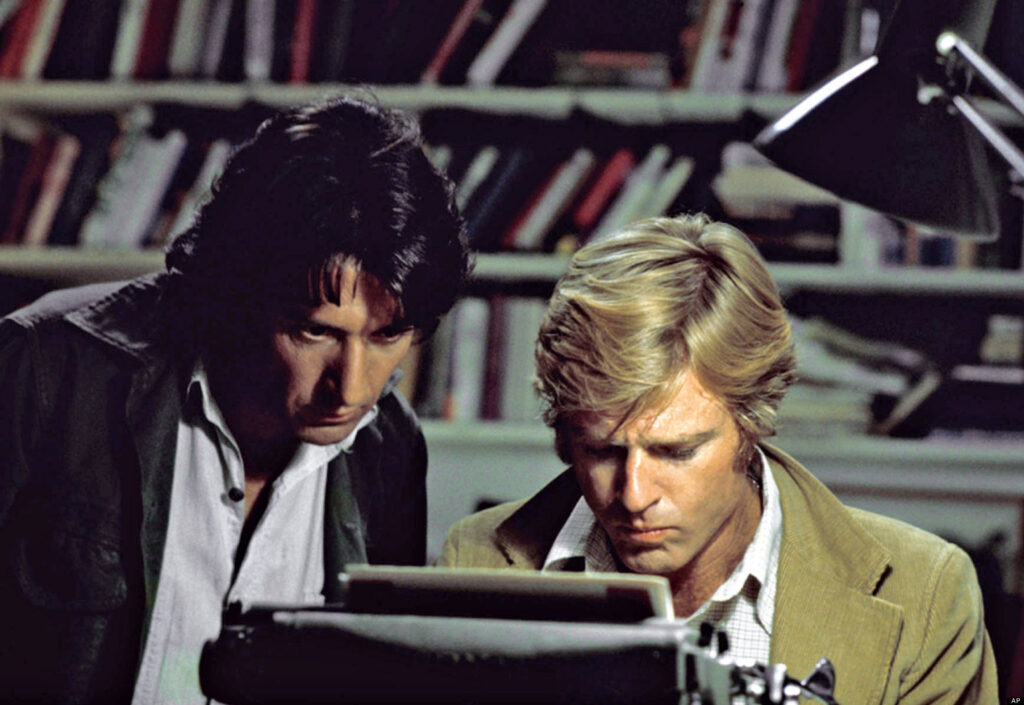 All the President’s Men

In the Watergate Building on June 17, 1972, four burglars are caught breaking into the offices of the Democratic National Headquarters, triggering revelations that would eventually drive a US president from office. Washington Post reporters Bob Woodward (Robert Redford) and Carl Bernstein (Dustin Hoffman) published the initial break-in story and stayed with it through doubts, denials, and discouragement. All the President’s Men is their story. Directed by Alan J. Pakula and based on the best-selling Woodward and Bernstein book, the film was nominated for eight Academy Awards (including Best Picture), winning four, including Best Supporting Actor for Jason Robards’ brilliant performance as Post editor Ben Bradlee.

“All The President’s Men…is a lot of things all at once: a spellbinding detective story about the work of the two Washington Post reporters who helped break the Watergate scandal, a breathless adventure that recalls the triumphs of Frank and Joe Hardy in that long-ago series of boys’ books, and a vivid footnote to some contemporary American history that still boggles the mind.” — Vincent Canby, The New York Times