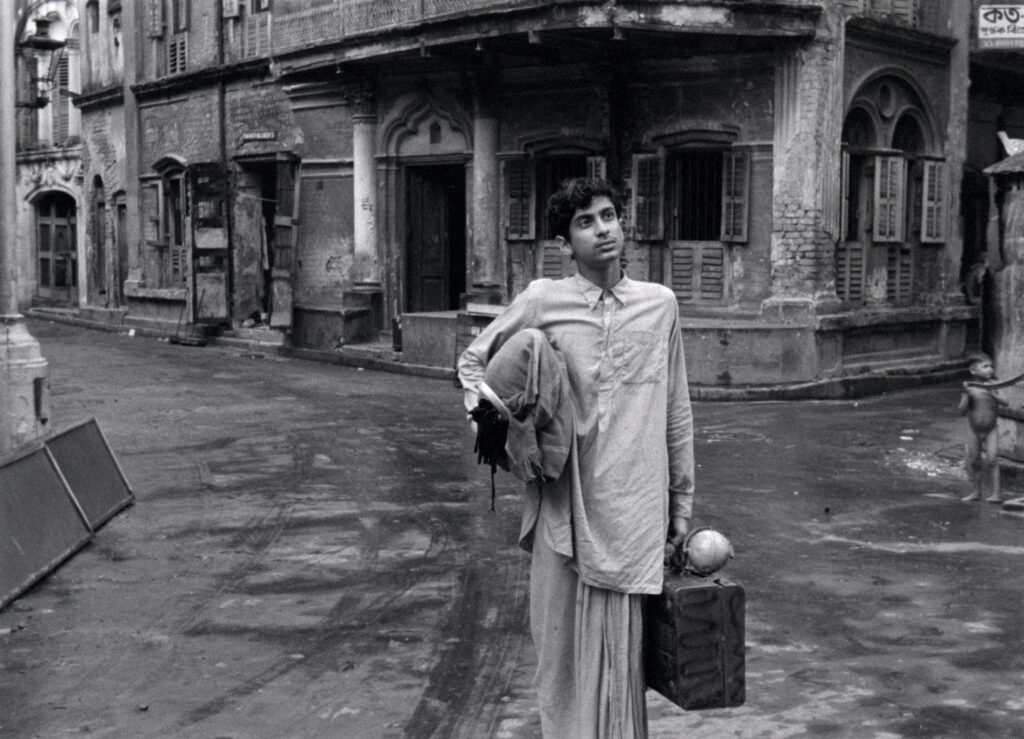 “Aparajito, the second film in the Apu trilogy, continues the story of the Bengali family after they leave their home to travel to the holy city of Benares on the banks of the Ganges. The boy Apu proceeds a little further along the road of experience and the viewpoint of the film changes with his. While Pather Panchali is primarily a matter of experiences. Aparajito shows Apu more in his personal and human relationships — above all in his changing relationship with his mother. Ray observes with remarkable insight and discretion the theme of sacrifice which parents may make in equipping their children for a world which they can never really share.” — SFFILM