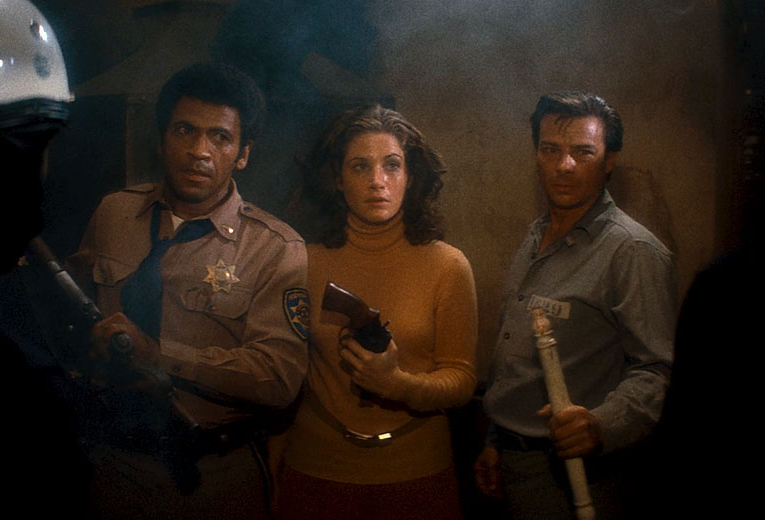 Screening will be introduced by Jesse Hawthorne Ficks.

John Carpenter’s second feature film, Assault on Precinct 13, premiered in 1976 with the catch line “A White-Hot Night of Hate! . . . The Story of a Gang’s Blood Oath to Destroy Precinct 13 and Every Cop in It!” This high-testosterone, low-budget thriller became famous for one particularly brutal early scene, in which Carpenter violates one of cinema’s prevailing taboos. One critic said the film “grabs hold of the audience and simply doesn’t let go as it builds to a crescendo of irrational violence that reflects only too well our fears of unmotivated attack.” Yet Carpenter, who wrote, directed, edited, and composed the main musical score of Assault, manages to intersperse moments of humor and irony throughout the film.

Assault on Precinct 13 played at the Loew’s Victoria Theater the weekend of November 5, 1976.

Jesse Hawthorne Ficks is the Film History Coordinator at the Academy of Art University in San Francisco and curates/hosts the MiDNiTES FOR MANiACS series at Bay Area movie theaters. He is also a member of the San Francisco Critics Circle and is a film critic for 48hills (SF Bay Guardian.)