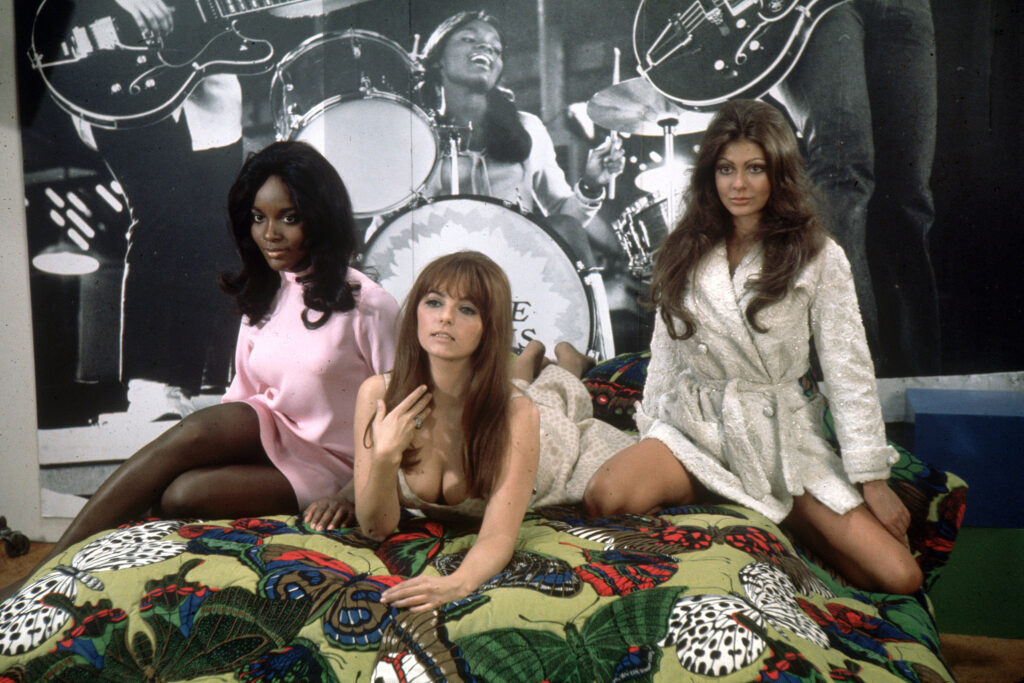 Beyond the Valley of the Dolls

“Russ Meyer and Roger Ebert’s manic, hysterical assault on American celebrity culture has risen to the status of a modern classic, but in its time it was a true oddity. In this sequel to Mark Robson’s much saner Valley of the Dolls, three young women form a rock band, travel cross country, and — as their star rises — descend into a frenzy of drug use, violence, and love affairs of every kind under the influence of a gender-ambiguous Svengali. With its deadpan, taboo-bending humor and its interest in bodily breakdown, BVD (as it’s known to its many fans) is a clear antecedent to Haynes’s films about the perils and ecstasies of fame.”
— Film Society of Lincoln Center

“The thing that continually blows me away whenever I watch BVD is the editing. It is this furious, methamphetamine editing, and this incessant cavalcade of coverage, where there are shots of every single conceivable angle of the same scene, coming so fast, which in my minds transforms this movie into something absolutely and totally unlike anything made in the rock era.”
— Todd Haynes introducing Beyond the Valley of the Dolls in 2015