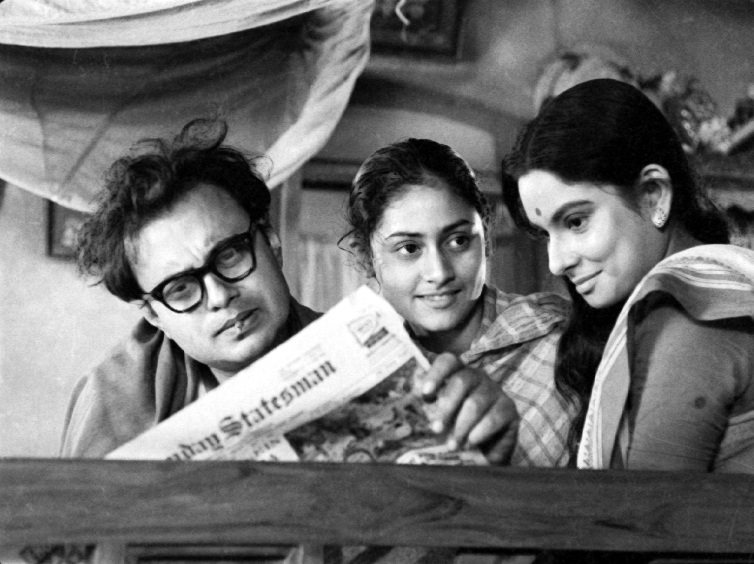 “Ray sets his ironic and humorous eye on the plight of the Bengali middle class, caught amid the changing moralities of city life. The cultural crossfire is internalized in each individual. Focusing in particular on the role of women in this metamorphosis, Ray tells a story that is both minutely particular to Calcutta and universally recognizable. Madhabi Mukherjee gives a beautifully unfolding performance as the timorous housewife who finds her strength when she takes a job — selling knitting machines door to door — in order to help support her family and her husband’s extended family, all of whom resist the move.” — BAMPFA