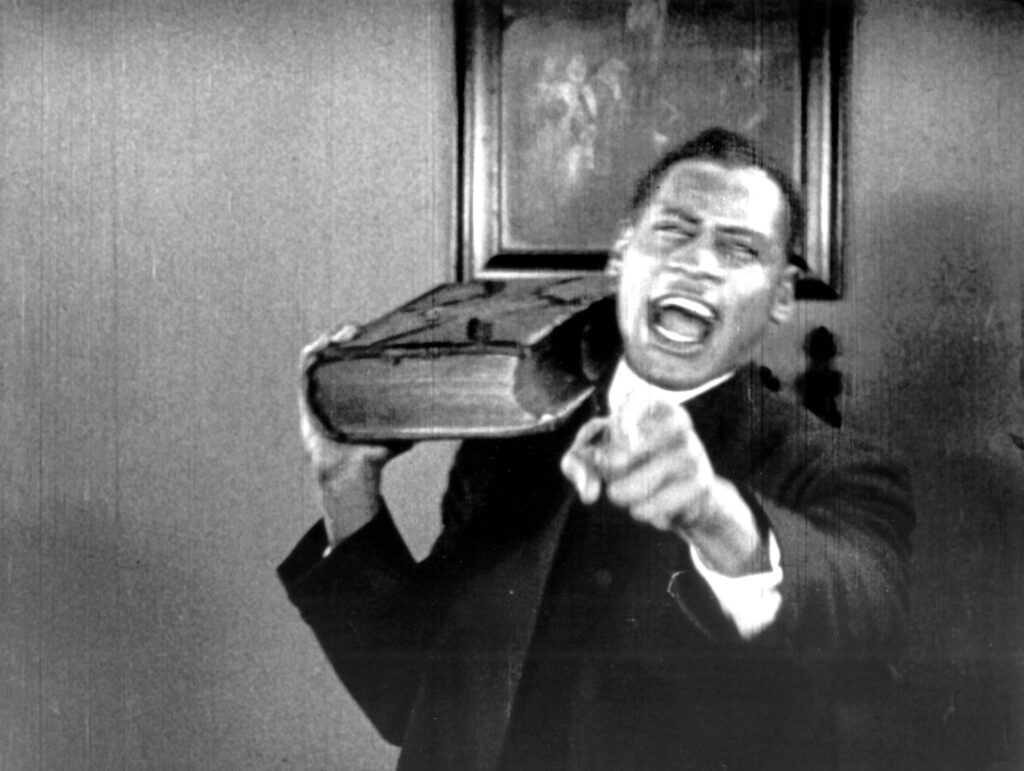 Body and Soul is a masterpiece of the silent screen era, written, directed, and produced by prolific director Oscar Micheaux. In this good versus bad twin melodrama, Robeson plays both an escaped convict posing as a minister, and the convict’s honest, yet penniless brother. A true pioneer, Micheaux and his’s films answered the challenges of racial segregation and provided black moviegoers with an alternative to the mainstream films being produced by a segregated Hollywood. It is estimated that Micheaux, who was the first African American to produce a feature length film, wrote, produced, and directed more than 40 films from 1919 to 1948. His movies, known as “race” films, were made by Black filmmakers, featured an all-Black cast, and were intended for Black audiences.

Paul D. Miller aka DJ Spooky is a composer, multimedia artist, and writer whose work immerses audiences in a blend of genres, global culture, and environmental and social issues. Miller has collaborated with a vast array of recording artists, ranging from Metallica to Chuck D, and Steve Reich to Yoko Ono.

This screening includes a contemporary version of the score by Paul D. Miller.