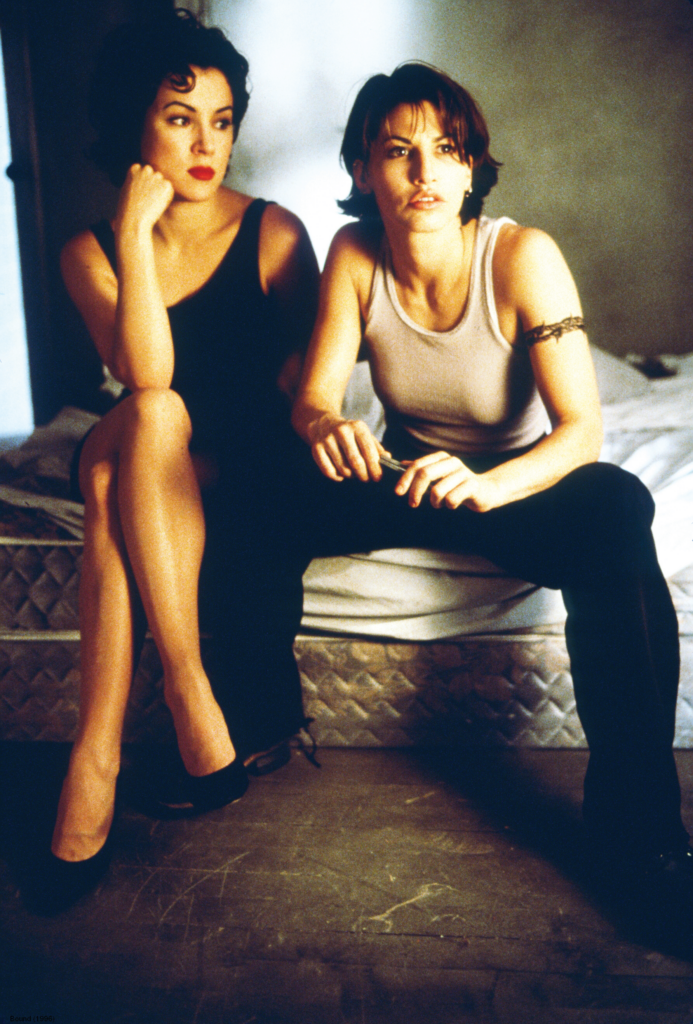 Sparks fly when Violet (Jennifer Tilly) sets eyes on Corky (Gina Gershon) in an elevator. Violet is the girlfriend of violent gangster Caesar (Joe Pantoliano), while Corky is fresh out of prison and doing renovations on the apartment next door. As the two women launch into a passionate love affair, they assemble an intricate plan for Violet to escape from Caesar with two million dollars of the mob’s money — but the caper doesn’t quite come off as planned. Local legend Susie Bright served as the film’s consultant to offer her expertise for the sex scenes.

“Bound is one of those movies that works you up, wrings you out, and leaves you gasping. It’s pure cinema, spread over several genres. It’s a caper movie, a gangster movie, a sex movie, and a slapstick comedy.”
— Roger Ebert