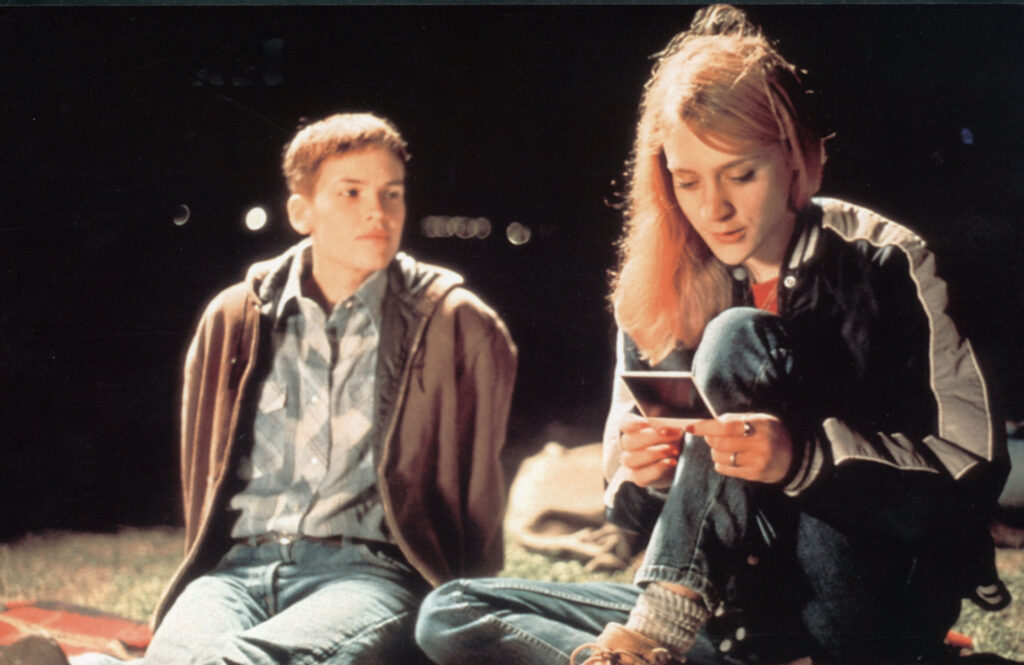 Selected by Christine Vachon. Introduced by B. Ruby Rich, professor in the Film and Digital Media Department at UC Santa Cruz, Editor in Chief of Film Quarterly, and author of New Queer Cinema: The Director’s Cut (2013).

“Eighteen years after its release, Kimberly Peirce’s moving and brilliantly acted adaptation of the Brandon Teena story — Teena was a young transgender man, who was brutally murdered shortly after his 21st birthday — retains its stirring emotional power. Hounded out of Nebraska, Teena relocates to the small community of Falls City and falls in with some hard-partying folks including the volatile ex-con John and his buddy Tom and falls for their friend Lana. Peirce gives great gravity to the relationship between Brandon and Lana; though the threat of discovery and harm are always in the background, their love for one another is the film’s heart and soul. Filled with great performances, including Hilary Swank’s indelible turn as Brandon — she deservedly won the Oscar — Boys Don’t Cry is important and vital cinema.”
— Rod Armstrong, Frameline

“The first time I saw the movie, I was completely absorbed by the characters — the deception, the romance, the betrayal. Only later did I fully realize what a great film it is, a worthy companion to those other masterpieces of death on the prairie, Badlands and In Cold Blood.”
— Roger Ebert