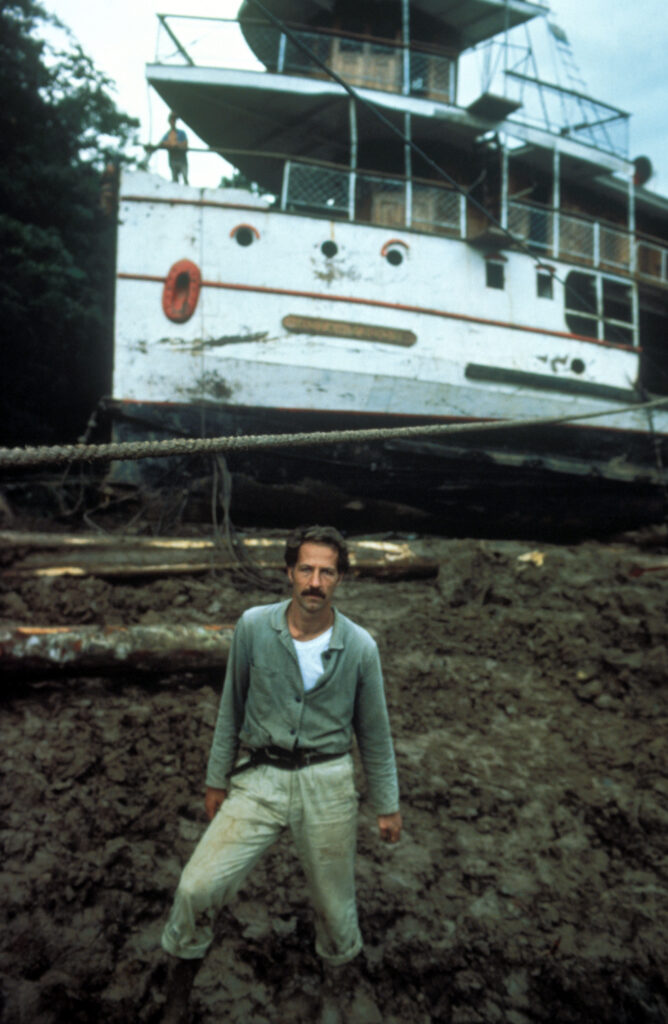 Werner Herzog’s Fitzcarraldo was an eccentric project, to say the least. In fact, Les Blank’s Burden of Dreams, a film about the making of Fitzcarraldo, is a much more enlightening piece about an obsessed man battling the forces of nature. Based on a true story, Fitzcarraldo stars Klaus Kinski as a Caruso fanatic determined to build an opera house in the Andean jungle; his money-making scheme involves hauling a steamship over a mountain. Unwilling to compromise his vision, Herzog insists, too, on actually hauling a ship over a mountain. From the film’s false start (original stars Jason Robards and Mick Jagger backed out) through an unbelievable range of production traumas, Burden of Dreams watches the extravaganza unfold—warts and all—with an honest yet nonintrusive eye. Engineers quit in disgust, native tribes battle each other, workers are badly injured, and nerves are shattered all around. But when asked whether he would continue his project in light of its troubles, Herzog was adamant: “I live my life or I end my life with this project.”

“Les Blank’s Burden of Dreams is one of the most remarkable documentaries ever made about the making of a movie.” — Roger Ebert, rogerebert.com