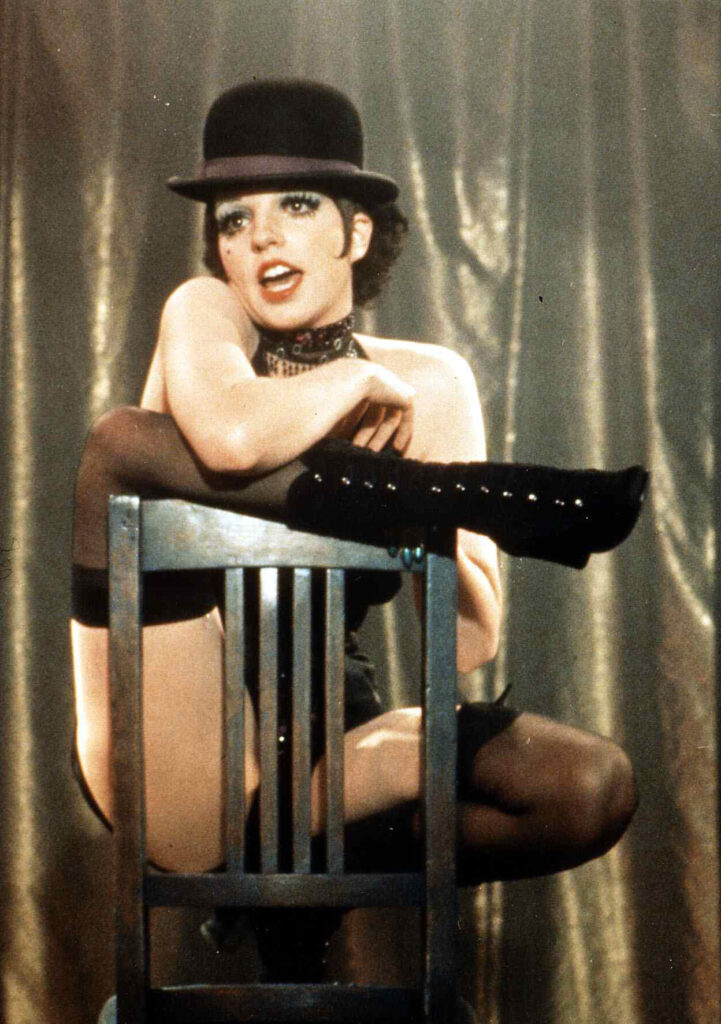 “Fosse won an Oscar for best director for his masterful handling of socio-sexual and political themes in the form of a musical, a genre previously reserved for lighter subject matter. Liza Minnelli provides an Oscar-winning performance as Sally Bowles, an émigré aspiring to stardom at the Kit Kat Club in late Weimar-era Berlin. The seedy, decadent atmosphere of the club, where escapism and denial are ever-present, provides an ominous backdrop to the encroaching threat of the Nazi party occurring in the world outside.”
— Harvard Film Archive

“The film gains a good deal from its willingness to isolate its musical stage — even to observe it from behind the heads of a shadowy audience in the foreground — so that every time we return to the girls and their leering master (by now, a superbly refined caricature) we return, as it were, to a sense of theater.”
— Roger Greenspun, The New York Times

“A great movie musical, made, miraculously, without compromise; taking its form from political cabaret, it’s a satire of temptations….With Joel Grey as our devil-doll host…and Liza Minnelli as exuberant, corruptible Sally Bowles, chasing after the life of a headliner no matter what.”
— The New Yorker