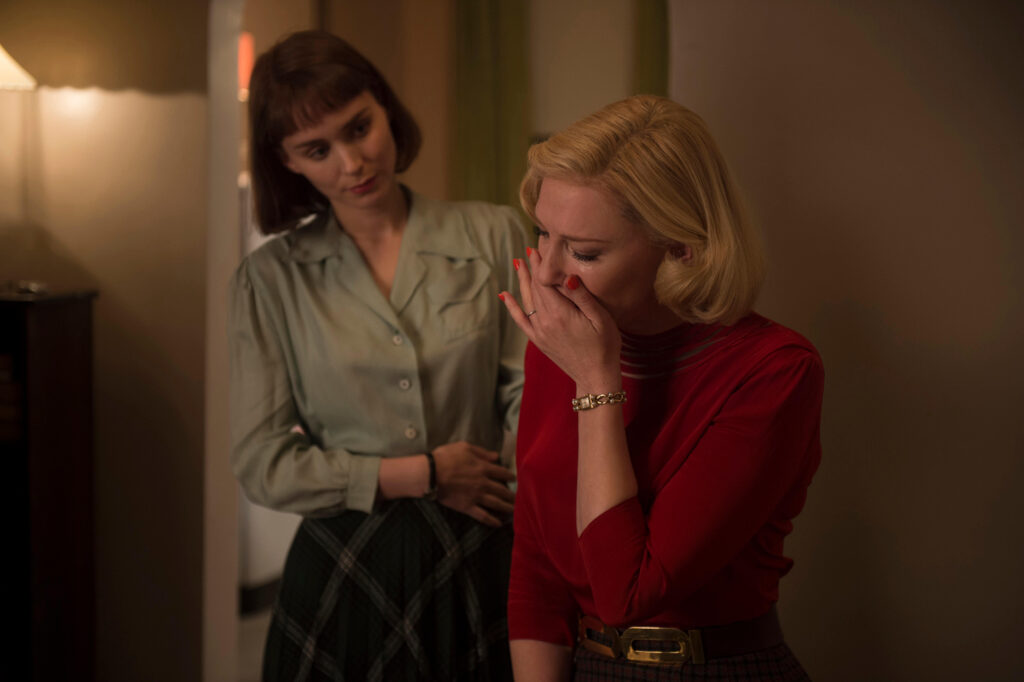 Todd Haynes brings all his skill and sophistication to bear on his adaptation of Patricia Highsmith’s groundbreaking 1952 novel The Price of Salt. Therese (Rooney Mara) toils day-to-day as a shop girl in a big department store, whilst dreaming of becoming a photographer. Carol (Cate Blanchett) is in the middle of a messy divorce, desperately striving to hold on to both her daughter and her dignity. When their eyes meet across a crowded shop floor the attraction between them is immediate. Phyllis Nagy’s exquisite script draws out the complexity of their situation, offering up an elegant and intelligent portrait of unfolding love. This is achingly beautiful filmmaking and not to be missed on the big screen.

“Carol’s lush but controlled visual look is completely intoxicating. This is filmmaking done by masters, an experience to savor.”
— Kenneth Turan, The Los Angeles Times