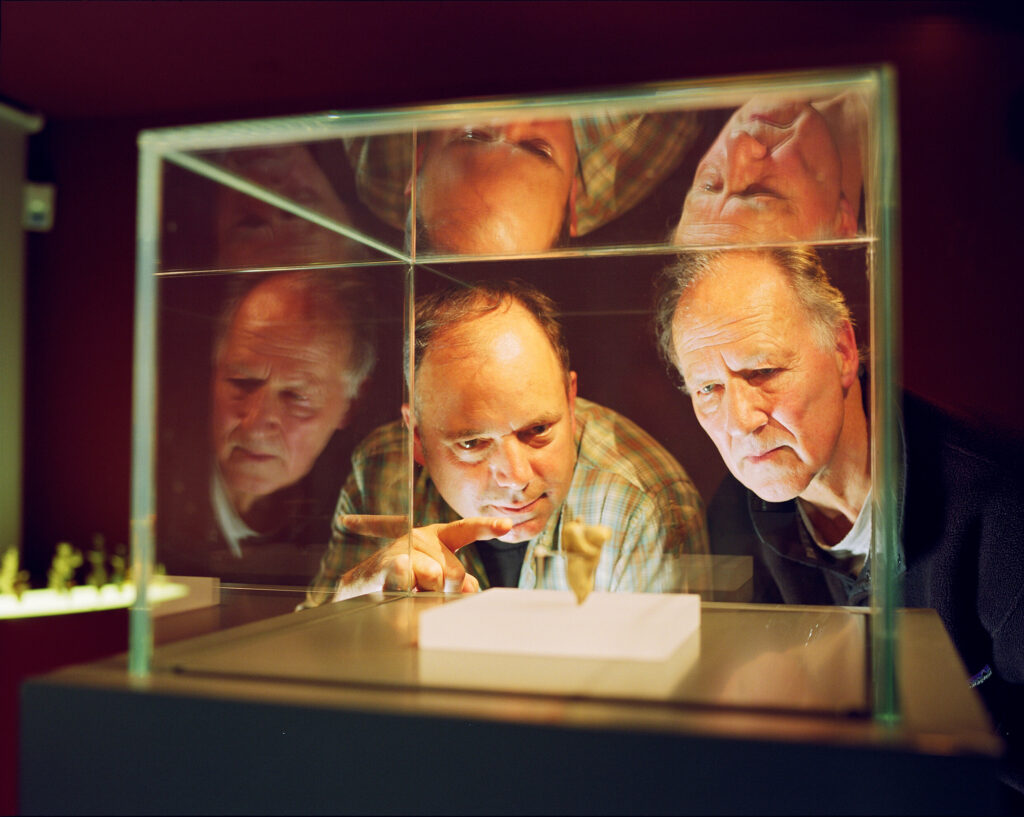 “Cave of Forgotten Dreams is about southern France’s Chauvet-Pont-d’Arc caverns, discovered in 1994. An Ice Age landslide had hidden (and preserved) prehistoric art dating back as far as 32,000 years ago, the oldest such expressions known today. Herzog was given exclusive access to this publicly sealed-off site of human prehistory. Its spectacular wall drawings from a near-unimaginable distant past are no less photogenic than the deep-focus vistas of limestone-stalagmite caverns. As ever, Herzog proves a wry, philosophically inclined, idiosyncratically personal guide to the extraordinary.” — Dennis Harvey, San Francisco International Film Festival

“Scored with a mesmerizing mélange of strings, chanting, and otherworldly noises, Cave of Forgotten Dreams expresses a spiritual awe that’s in tune with the cave painters’ own primitive faith, and in doing so further enriches its awesome admiration for a past, and for ecstatic truths, that can be glimpsed but remain, ultimately, just out of reach.” — Nick Schager, Slant