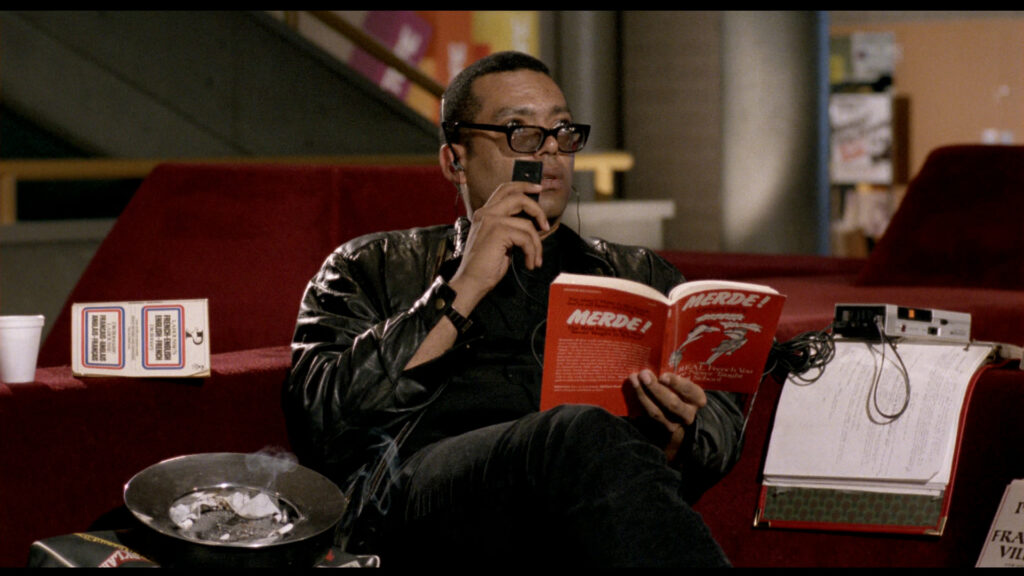 “Winner of the Grand Prix award at Sundance in
1990, but now relegated to the status of hard-to-find cult film,
Chameleon Street tells the extraordinary, fictionalized account of
real-life Michigan conman William Douglas Street (who posed successfully as a
lawyer and a gynecological surgeon, among other things). Featuring sharp
dialogue and a fine performance from writer-director Wendell B. Harris as
Street, it’s a complex, witty, and often shocking examination of the interplay
between race, identity, and economics.”

Ryanaustin Dennis is an Oakland-based curator, artist, writer, and founding member of The Black Aesthetic. His practice is concerned with how twentieth- and twenty-first-century experimental performance, film, and writing histories are shaped by the metaphysics of blackness.