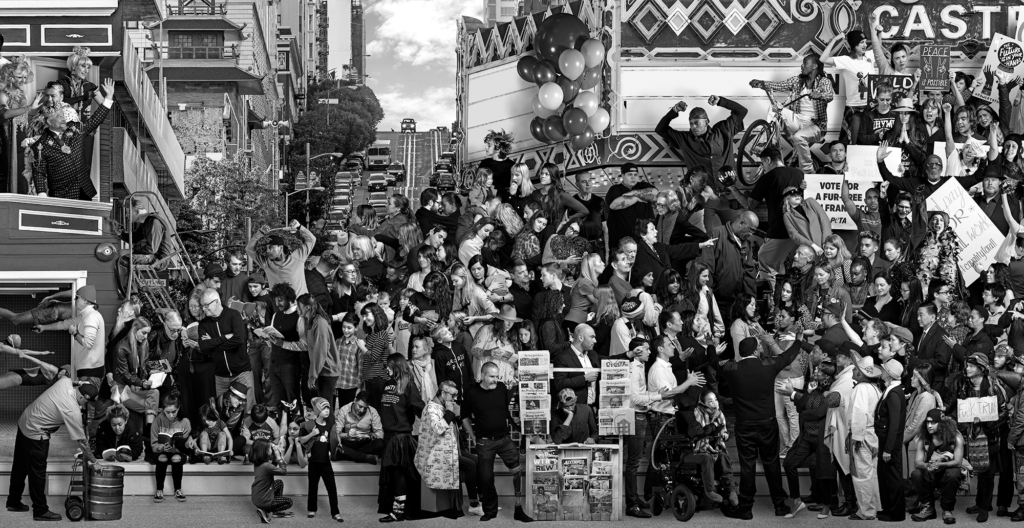 Cleve Jones on The Chronicles of San Francisco

JR’s The Chronicles of San Francisco celebrates the voices of our extraordinary, unique, and diverse city in a sweeping digital mural. This series of talks features individuals from the mural on their contribution to San Francisco’s cultural landscape.

This month, activist and author Cleve Jones will reflect on the disappearance of San Francisco’s gayborhoods, and the serious consequences of this loss for the city’s LGBTQ community.

After the talk, Jones will be signing copies of his book When We Rise: My Life in the Movement, which will be available for purchase.

Cleve Jones is an American human rights activist, author, and lecturer. Jones joined the gay liberation movement in the early 1970s. He was mentored by pioneer LGBT activist Harvey Milk, and worked in Milk’s City Hall office as a student intern until Milk’s assassination in 1978. Jones co-founded the San Francisco AIDS Foundation in 1983, and founded the NAMES Project AIDS Memorial Quilt, one of the world’s largest community arts projects, in 1987. HarperCollins published his first book, Stitching a Revolution, in 2000.

Jones was portrayed by Emile Hirsch in Gus Van Sant’s Oscar-winning 2008 film Milk, and was the historical consultant for the production. He led the 2009 National Equality March in Washington, D.C. and served on the Advisory Board of the American Foundation for Equal Rights, which challenged California’s Proposition 8 in the U.S. Supreme Court. Hachette Book Group published his memoir When We Rise: My Life in the Movement in 2016. An ABC mini-series inspired in part by the book was broadcast in 2017, with a screenplay by Academy Award–winner Dustin Lance Black.

Jones lives in San Francisco and works as an organizer for the hospitality workers’ union UNITE HERE.