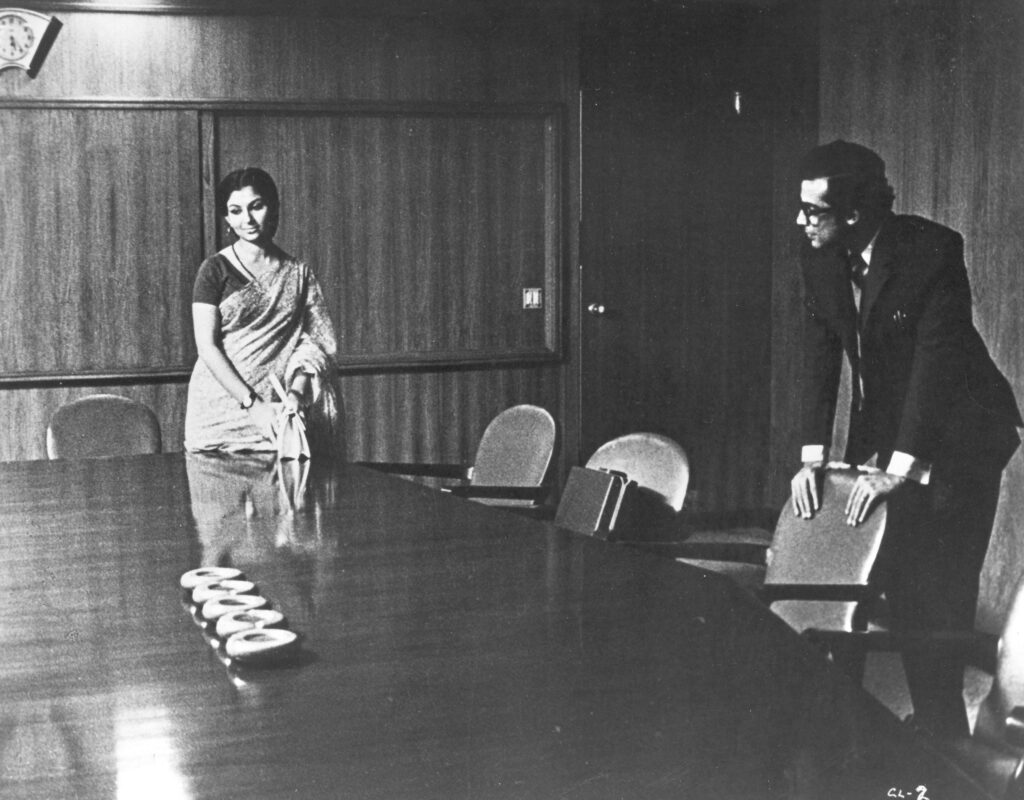 “The hero is the amiable, self-satisfied, and ambitious young sales manager of a factory manufacturing electric fans, comfortably married and nicely set up in a smart apartment. The arrival from the country of his beautiful, intelligent, naive young sister-in-law unsettles him at the same moment as a crisis in his department awakens him to his own ability to fight dirty. He gets his directorship and emerges from the experience a good deal wiser and rather less certain of himself. This is one of Ray’s best films. The domestic relationship — the unrealized triangle of the man and the two girls — is revealed more by what is left out than by what is shown. At the same time it is one of Ray’s most richly comic films, with shrewd satire on the American-styled business world of Calcutta.” — The London Times