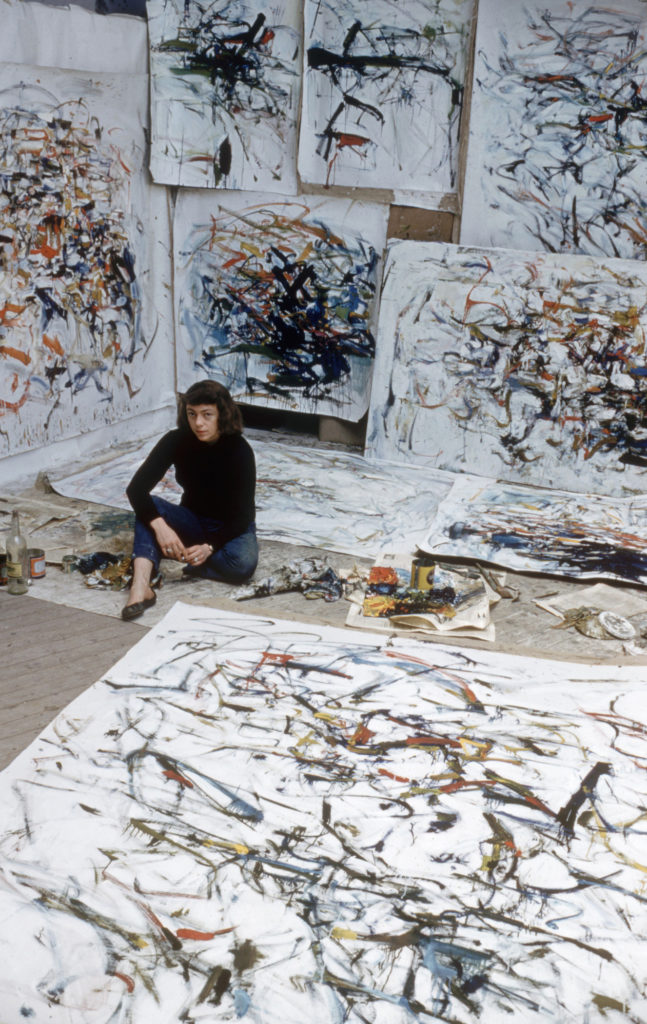 Join us for a second evening of music and poetry inspired by the art forms that inspired Joan Mitchell. Music and poetry played an important role in Mitchell’s life, and she developed collaborative relationships with writers and musicians on both sides of the Atlantic. Vibrant performances from jazz duos will be punctuated by poetry readings, all exploring the historical, expressive, and personal connections between improvised music, the written word, and abstract painting. This lineup of local musicians and poets was organized in partnership with Eric Whittington of San Francisco’s Bird & Beckett Books & Records and Chris Kerr of Oakland’s Round Weather Gallery.

Due to social-distancing requirements, capacity is limited, and access to these performances will be first-come, first-served.

Phillip Greenlief and Evelyn Davis have been collaborating since the night they met for a recording session with guitar legend Fred Frith, an event that resulted in the album LANTSKAP LOGIC, released in 2018 on clean feed records. Since then, they have continued to work with Frith in trio, but also as an acoustic duo of piano and woodwinds. The duo’s music is influenced by many traditions, including the rich history of free improvisation. Their sound language can also be traced to electro-acoustic improvisation, which urges acoustic instruments to speak the language of electronic music.

Celebrating the recent release of their second and definitive duo recording, A Civil Right, the San Francisco Bay Area’s Larry Ochs–Don Robinson Duo will perform pieces steeped in the spirit of free jazz and improvisation. Ochs is a founding member of the great Rova Saxophone Quartet, one of the Bay Area’s avant-garde treasures since 1978. Robinson — “a percussive dervish,” according to Coda Magazine — has worked with luminaries such as Cecil Taylor, Glenn Spearman, and Wadada Leo Smith, and was the drummer of choice for ROVA’s revivification of John Coltrane’s Ascension. From The Wire (Bill Meyer, 2021): “Even at its most restrained, the playing is forcefully muscular, with Ochs leveraging emotional impact from the grit in his tone on both tenor and sopranino, and Robinson operating with the economy of a long-distance runner.”

Alan Chazaro is the author of This Is Not a Frank Ocean Cover Album (Black Lawrence Press, 2019), Piñata Theory (Black Lawrence Press, 2020), and Notes from the Eastern Span of the Bay Bridge (Ghost City Press, 2021). He is a graduate of June Jordan’s Poetry for the People program at UC Berkeley and a former Lawrence Ferlinghetti Fellow at the University of San Francisco. He writes for SFGATE, KQED, Datebook, Oaklandside, 48Hills, and other publications, and is on Twitter and IG being a useless pocho millennial @alan_chazaro.

Linda Norton is the author of The Public Gardens: Poems and History (2011), a finalist for a Los Angeles Times Book Prize, and Wite Out: Love and Work (2020), a memoir with poems that critics have called “a masterpiece” and “a gorgeous, courageous book.” Norton’s collages are on covers of books by Claudia Rankine and Julie Carr, and have been exhibited at the Dock Arts Centre with support from the U.S. embassy in Dublin. She was a 2020 columnist at SFMOMA’s Open Space, where you can find her essays, collages, and photographs. She teaches writing and literature online at IT Sligo in Ireland and lives in Oakland.

Truong Tran is the author of six poetry collections: The Book of Perceptions, Placing the Accents, Dust and Conscience, Within the Margins, Four Letter Words, and 100 Words (coauthored with Damon Potter). He also authored the children’s book Going Home Coming Home, and an artist monograph I Meant to Say Please Pass the Sugar. His poems have been translated into Spanish, French, and Dutch. He is the recipient of the Poetry Center Prize, the Fund for Poetry Grant, the California Arts Council Grant and numerous San Francisco Arts Commission Grants. He lives in San Francisco and currently teaches at Mills College, Oakland. His much-anticipated Book of The Other releases on November 9, 2021, through Kaya Press. This book took a total of 15 years and numerous publishers to write, struggle, and live before it found its way home to Kaya Press, the only Asian diaspora publisher in all of the United States. It was meant to be.