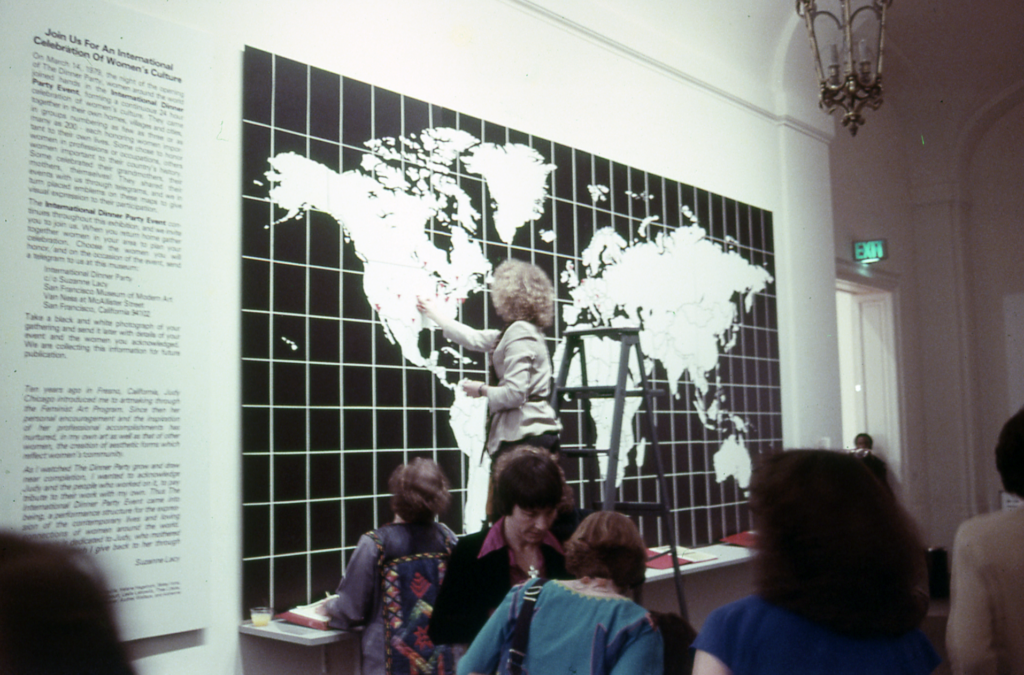 Join the curators of the groundbreaking exhibition Suzanne Lacy: We Are Here, co-organized with Yerba Buena Center for the Arts (YBCA), for a walkthrough of the show’s SFMOMA galleries filled with insights into the issues, historical context, and choices shaping the artist’s installations. The exhibition is the first full retrospective of works by Lacy, a Los Angeles-based artist known for her highly choreographed and socially engaged performance projects.

Rudolf Frieling joined SFMOMA as curator of media arts in 2006. He has curated major survey exhibitions including In Collaboration: Early Works from the Media Arts Collection (2008), The Art of Participation: 1950 to Now (2008/2009) on the history of contemporary participatory practice, and Stage Presence: Theatricality in Art and Media (2012) on the crossover between visual and performing arts. Most recently, he co-curated the touring retrospective Bruce Conner: It’s All True (2016) and Soundtracks (2017). Prior to his tenure at SFMOMA, he worked at ZKM Center for Art and Media in Karlsruhe, Germany, as a curator and researcher from 1994 to 2006.

Lucía Sanromán joined Yerba Buena Center for the Arts as director of visual arts in 2015, and became YBCA curator at large in 2018. Under the YBCA program Changing the Ratio, she organized a series of survey exhibitions of key women artists who are also pioneers of socially-engaged practice: Tania Bruguera: Talking to Power / Hablándole al Poder (2017, co-curated with Susie Kantor), Futurefarmers: Out of Place, in Place (2018), and Suzanne Lacy: We Are Here (2019, co-organized with SFMOMA). In addition, she curated The City Initiative, a series of exhibitions featuring architects, designers, planners, and artists creating provocative work in urban environments.

Dominic Willsdon is director of the Institute for Contemporary Art at Virginia Commonwealth University where he is also associate professor in art education. Previously, he was the Leanne and George Roberts Curator of Education and Public Practice at the San Francisco Museum of Modern Art and a co-curator of the 2013 Mercosul Biennial and the 2016 Liverpool Biennial. His recent writing includes Public Servants: Art and the Crisis of the Common Good (MIT, 2016).