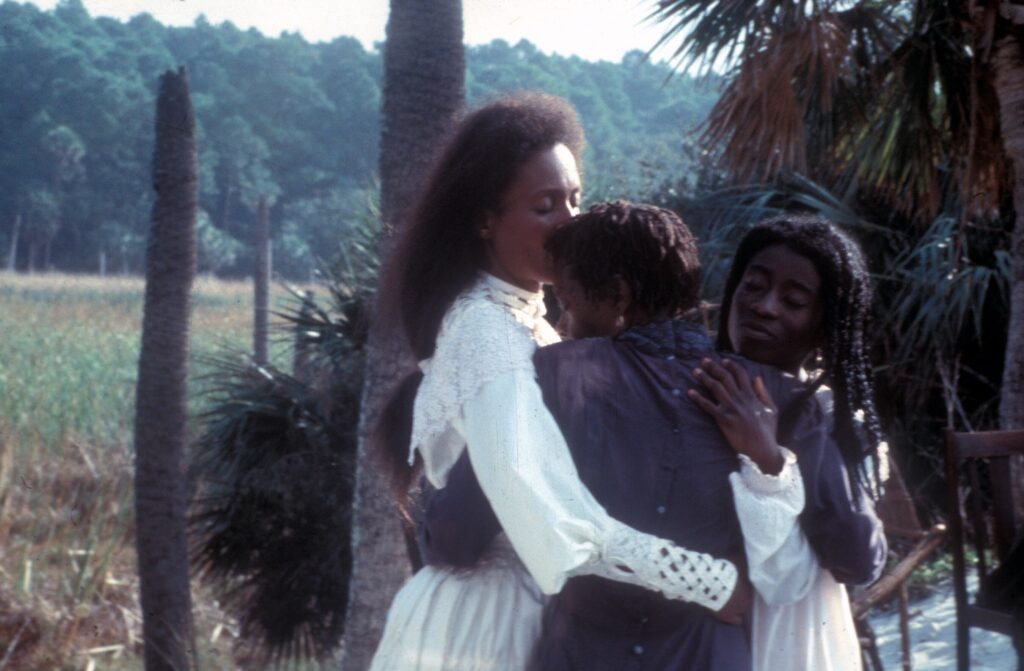 Daughters of the Dust

“Julie
Dash’s debut film
Daughters of the Dust may be twenty-seven years old, but it’s now more
relevant than ever. The period drama…concerns an extended family’s plight to
migrate from South Carolina’s Sea Islands to the US mainland….The tension
between family and history is foregrounded by a cast of strong Black women,
particularly the matriarch, Nana Peazant (Cora Lee Day), who is determined to
stay on the island. Sensuously filmed by cinematographer Arthur Jafa…Dash’s
film gained a whole new audience recently when it was cited as a major reference
for Beyoncé’s visual album
Lemonade.”