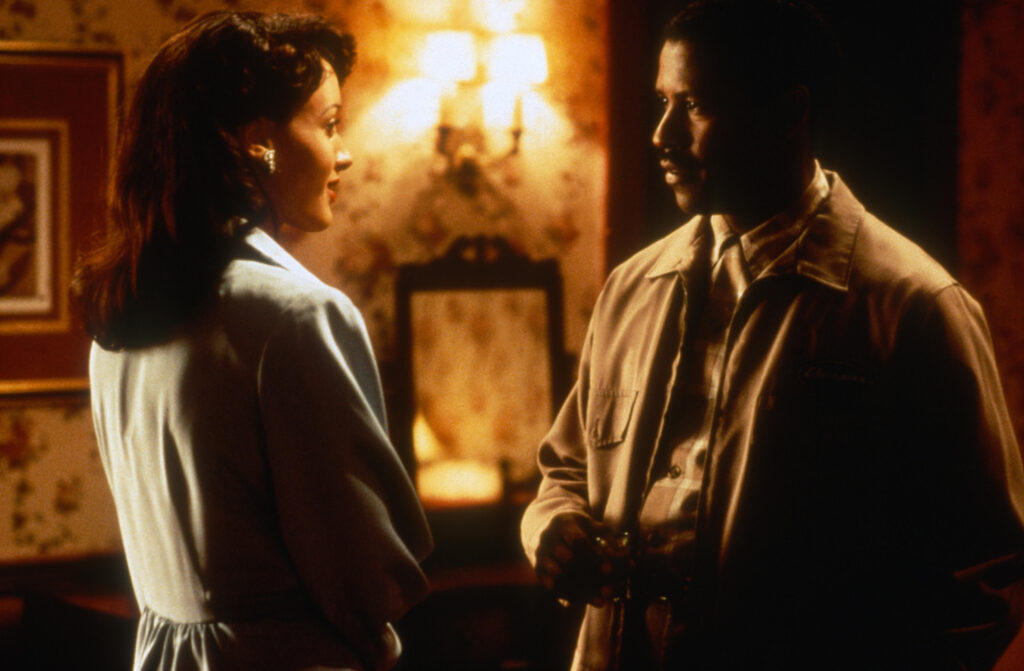 Devil in a Blue Dress

“Carl Franklin gives new meaning to ‘film noir’ in this adaptation of a Walter Mosley
mystery. Denzel Washington’s Easy Rawlins, as the name implies, is not
particularly hard-boiled; it’s life in postwar Los Angeles that’s hard,
especially for blacks who came west for the wartime work in the aircraft industry
and now find themselves laid off. So a veteran like Rawlins, trying to make the
payments on his house, becomes a P.I. for the bucks, his being black drawing
him into an intrigue involving some very wealthy, very white and shady local
politicos.”