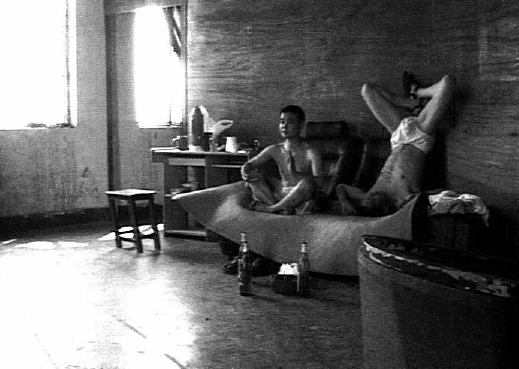 Join us for a talk before the screening as part of SFMOMA 101: China, Film, and Society. Leading local voices address the global Chinese diaspora’s artistic and cultural impact on the everyday lives of its more than sixty million people. Each talk in this thought-provoking series will include an introduction by a curator from Art and China after 1989: Theater of the World, followed by a screening from the documentary film series Turn It On: China on Film, 2000–2017. Today’s talk features celebrated artist Hung Liu, with an introduction by Gary Garrels, Elise S. Haas Senior Curator of Painting and Sculpture.

This film follows four artists living on the margins of society whose passionate discussions belie their stark and impoverished living conditions. The subjects are performance artist Li Wake, painters Wang Yongping and Ding Defu, and poet Motou Beibei, who is hailed online as a genius but in reality works as a security guard. Overcome by ennui, lost in the uncertainties of their everyday lives and their artistic identities, the artists express certain hopelessness.

Through grainy black-and-white footage, precision close-ups, and an editing method of joining incongruous footage that evinces an atmosphere of desperation, the sense of “nothing at all happened” finds visual expression in my film. The difficulties and awkwardness these drifting artists share are actually the spiritual atmosphere of this era, the sense of powerlessness that permeates our human spirit.
–Huang Wenhai, director

Dream Walking takes a close look at the lives and actions of a marginal group and so conveys the struggles of bottom-rung artists with great veracity and impact.
–Ai Weiwei

There is a frank, unreserved romanticism to this film.
–Wang Fen