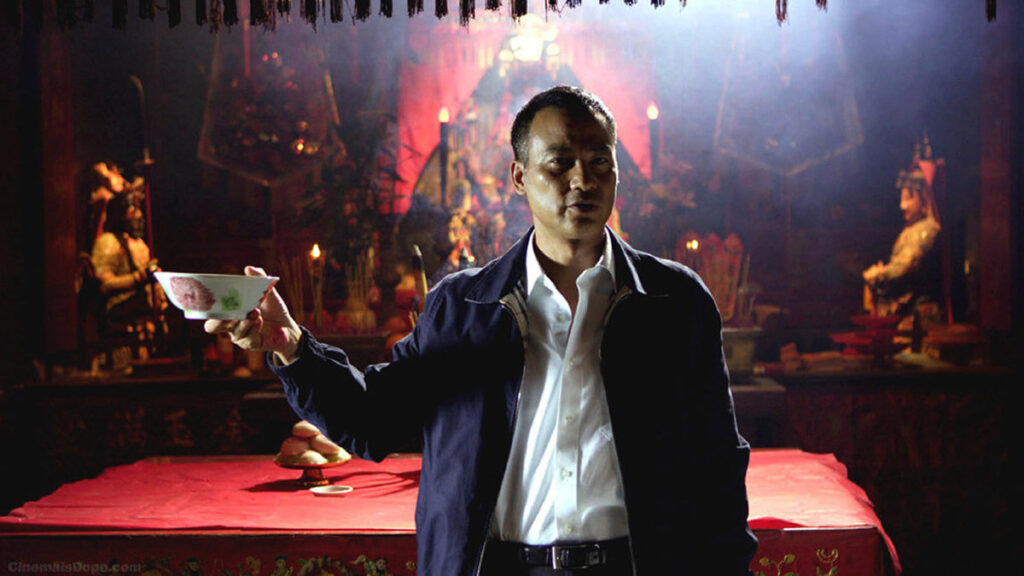 “A film painted with Caravaggiesque streaks of light set amidst the deepest moral gloom, Election is a standout in To’s oeuvre for its thematic complexity and political weight. Operatic in conception, the film pits two of Hong Kong’s finest actors (Simon Yam and Tony Leung Ka-fai) against each other as rival gang kingpins vying to become the new leader of one of the city’s oldest triad societies, the one preaching rational, business-like management, the other embracing a cult of charismatic personality and atavistic violence. Johnnie To and team researched Hong Kong—triad lore to create this grimly authentic portrait of a highly ritualized underworld society perched on the brink of chaos; while the proceedings are gun-free, the shadow of violence (and the limits of democracy, Hong Kong-style) hovers over every tense interaction. ‘Shakespearean … [To is] a first-rate entertainer who can thrill you into thinking’ (The New York Times).”