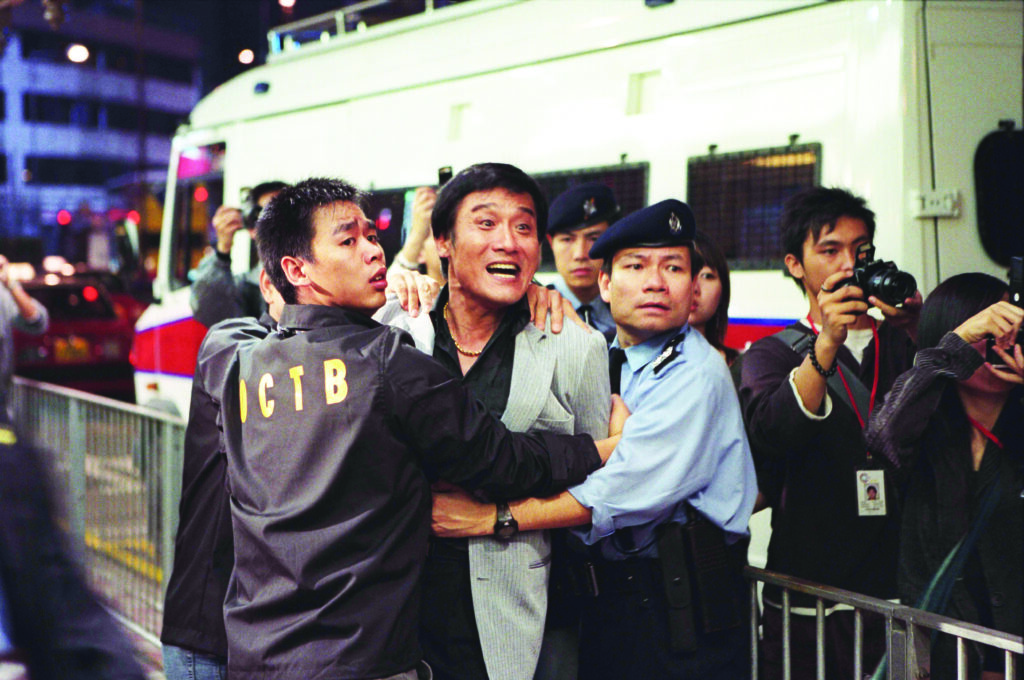 “It’s politics as usual when a triad society attempts to nominate a new boss in this slow-burn, atmospheric gangster thriller that starts off like a near-documentary study and winds up on the far side of Shakespearean tragedy. Two men vie to become the new leader of the Wo Shing Society, with the becalmed, forward-looking Lok (Simon Yam) the front-runner over loose cannon Big D (Tony Leung Ka-fai)….Neither can truly be boss, though, without the gang’s symbol, a centuries-old baton hidden in China. As fortunes rise and fall and allegiances shift (sometimes in the middle of one cell-phone call), Election moves from gangster film to tragicomedy to political satire.”
— BAMPFA

“As the psychological elements of the story push their way into the foreground, Election takes on a darker, more Shakespearean hue, and a rich political and moral subtext begins to take shape. By the end, Mr. To has proven himself to be a genre hack of uncommon intelligence and soul: a first-rate entertainer who can thrill you into thinking.”
— A.O. Scott, The New York Times