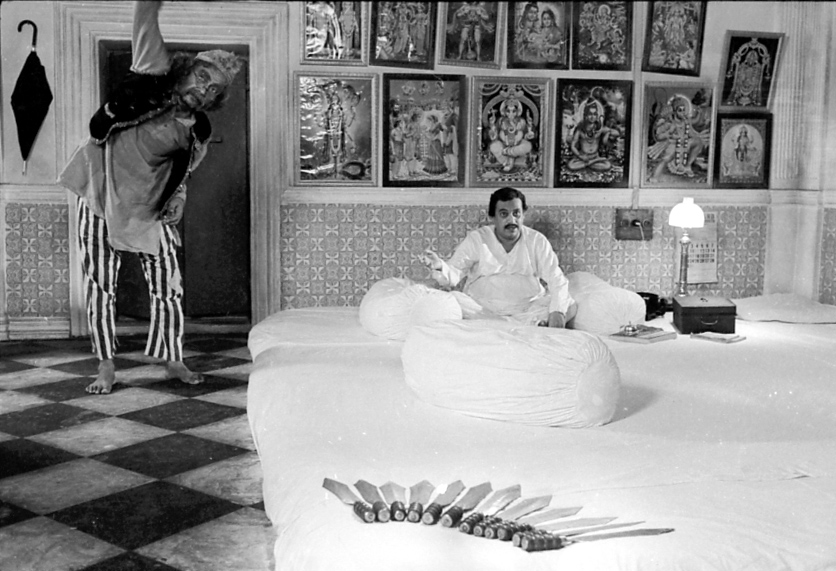 “The Elephant God embraces the genre of the detective mystery and it is one of Ray’s best films. The story introduces a private investigator, Felu, who arrives in the holy city of Benares for a holiday. He is accompanied by his young cousin Tapesh and his friend Ganguly, a writer of popular adventure stories. On a visit to a strange holy man, who claims to have swam his way from Allahabad to Benares, Felu is told that a rare, valuable gold statuette of Ganesh, the Elephant God, has been stolen from the safe of a friend. Felu is engaged by the family to unravel the mystery of the missing Ganesh and, thus, the adventures begin. A great gallery of characters are before us, and the teeming, historical byways of Benares, already explored by Ray years ago in Aparajito, are here once more, but now with an incisive, often wry observation.” — SFFILM