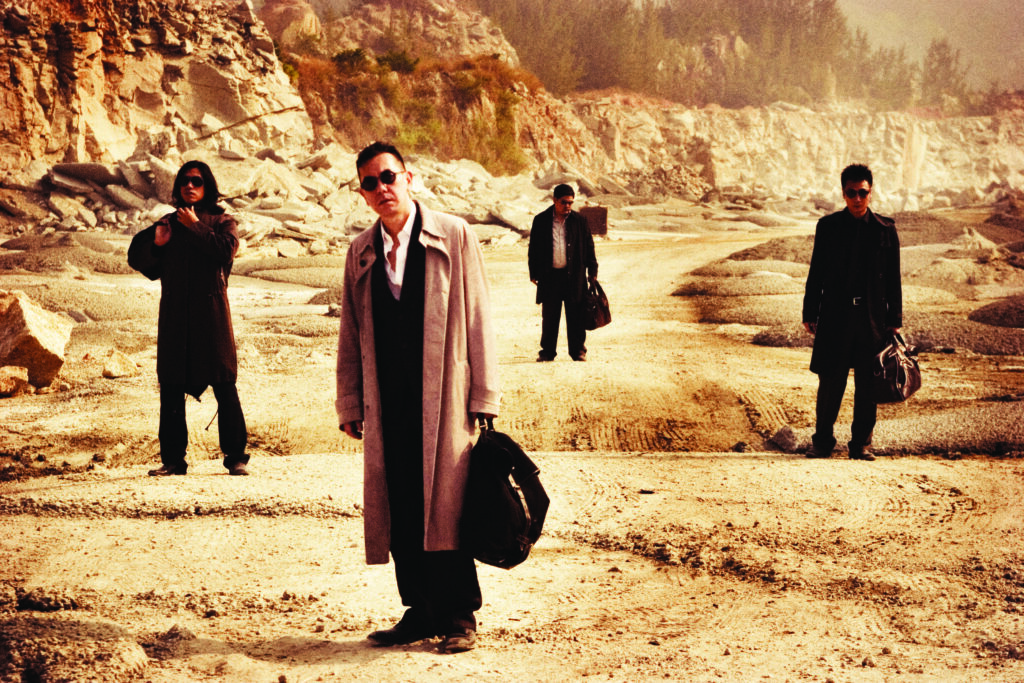 With an introduction by Johnnie To

“A gang of hitmen descends on the former Portuguese colony of Macau in Exiled, a leisurely tribute to the bullet ballets and male-bonding reveries of Sam Peckinpah….Reuniting such familiar faces as Anthony Wong, Francis Ng, and Lam Suet, To presents the simple tale of a “retired” gangster whose hope for a new life with his wife and baby is about to be thwarted by the appearance of other hitmen — two of whom are there to kill him, the other two to protect him. An engrossing portrait of gunmen as ordinary individuals, Exiled excels through its appealing cast, whose easygoing camaraderie gives the film a joy all its own.”
— BAMPFA

“Johnnie To’s Exiled is a flabbergasting spectacle of kaleidoscopic violence that abstractly appraises codes of masculine honor. The coolest director on the block, To channels the spirit of the Western throughout this elegantly tossed-off triumph.”
— Ed Gonzalez, Slant